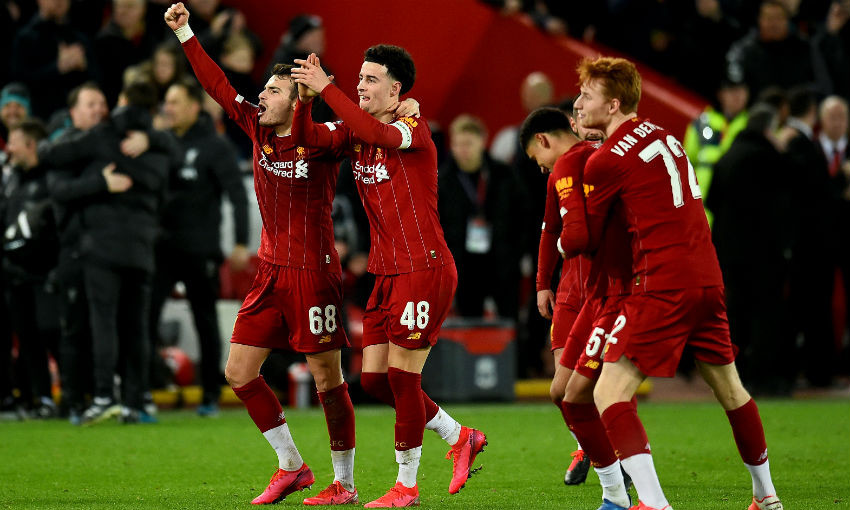 Liverpool secured progression to the fifth round of the FA Cup after a youthful side defeated Shrewsbury Town in a replay at Anfield on Tuesday night.

A second-half own goal from Ro-Shaun Williams clinched victory for the Neil Critchley-led team, setting up a trip to Chelsea in the next stage of the competition.

Liverpool's youngest ever starting XI – with an average age of 19 years and 109 days – displayed the poise and class of veterans.

A quick glance at the stats tells you all about the dominance Critchley's side exerted in the fourth-round replay.

At one point in the first half, Liverpool's possession exceeded 70 per cent as the hosts dictated the affair. The final figure was 58 per cent, with Shrewsbury seeing more of the ball in search of an equaliser after Williams' 75th-minute own goal.

Liverpool recorded 12 shots in total – four of which were on target – and had 14 corners throughout the night.

"I think over 90 minutes we had the better chances and were just about the deserved winners on the night," Critchley said post-match.

Handed the armband, the Scouser became the club's youngest captain to break a 120-year-old record.

Unbelievable feeling and dream come true to make history by being the youngest ever @liverpoolfc captain. What a wi… https://t.co/h2gyGEmopM

Jones led by example in what was his eighth first-team appearance as his memorable FA Cup campaign continues.

The match-winner against Everton in round three and goalscorer at Shrewsbury, Jones' creativity and skill was on full display here.

The highlights were a lovely drag back through the legs of a Shrewsbury defender that was then followed up by a rabona cross.

Neco Williams and co excel at the back

Williams showed his defensive ability and attacking instinct to help produce the decisive moment in the match.

Heading clear a long throw by the goalkeeper, the 18-year-old right-back retrieved possession near the touchline before sending a ball over the top, aimed to find the run of Harvey Elliott.

That threatening delivery ultimately caused his namesake to head into his own net and settle the tie.

But the outstanding contributions from Williams, Sepp van den Berg, Ki-Jana Hoever and debutant Adam Lewis at the back to secure a clean sheet certainly didn't go unnoticed.

James Milner still found a way to contribute to Liverpool's cause, despite not taking to the field.

Critchley detailed the invaluable support the experienced vice-captain offered to the youngsters before and during the game.

Outstanding performance from the boys, Critch and his staff & fantastic turn out from the fans 🙌🏻 #younggunsfiring… https://t.co/gbzSKwLIbL

The U23s boss said: "He trained with us yesterday and he asked whether he could come along. I was like, ‘I think the answer is yes to that one! Of course you can!’ He was very respectful to ask.

"He said, ‘Can I come in the dressing room?’ and you’re thinking, ‘What do you think? Of course!’

"He was genuinely delighted with how the boys performed and I can’t thank him enough for being here tonight."

Adulation from the stands

The celebrations after the final whistle saw Critchley mobbed by his young squad before an impromptu lap of honour was performed.

Their efforts were loudly backed all throughout the spectacle by the sold-out Anfield, and even more so when the contest had concluded. 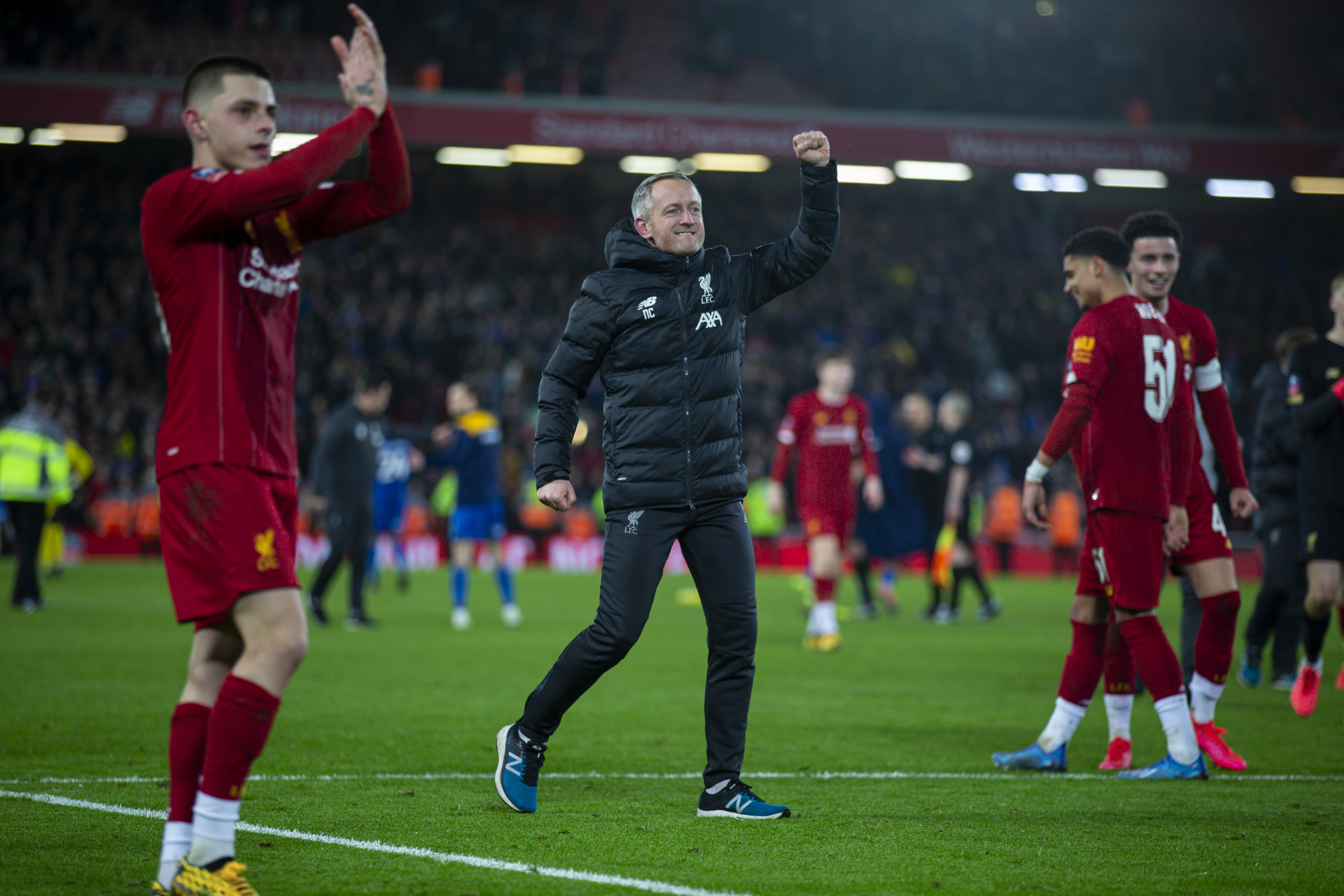 "It was like a release of emotion," Critchley said in his press conference. "Let’s be honest, it’ll probably never happen again so I thought, ‘Let’s go for it, why not?’

"And I did, I thought the players did and you could see the looks in the eyes of the supporters. There is genuine passion and that connection."

Elliott was the last player to leave the field, soaking up every last drop of appreciation.