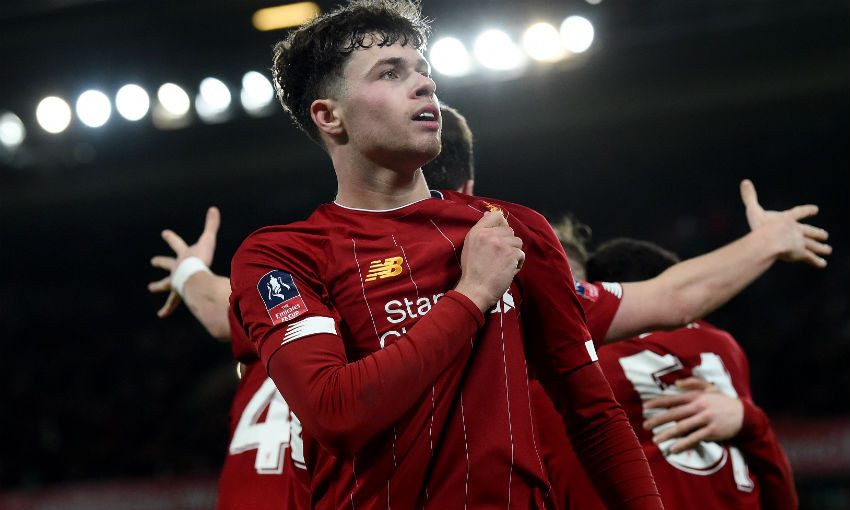 Neil Critchley fielded the club’s youngest ever starting XI for the fourth-round replay at a sold-out Anfield and was rewarded with a bold and impressive display from his side.

Ro-Shaun Williams’ 75th-minute own goal - the Shrewsbury defender inadvertently heading Williams’ searching cross over his goalkeeper and into the Kop-end net - proved decisive, with the Reds now set to travel to Chelsea in round five.

“I think it was a night that we’ll remember for a long time, especially the debutants. I thought the whole team dug in and we kept on going until the final whistle.

“I thought the crowd were excellent, they were there from the first whistle to the final whistle.

“It was a special night for the whole team. I’ve known some of the lads out there since I was about seven years old so you go through all the stages and to play a first-team game at Anfield with the crowd, and to get through to the next round, is just a special night for a lot of us.”

40 - Liverpool are now unbeaten in 40 games at Anfield in all competitions (W35 D5), winning each of their last sev… https://t.co/Z3AGhh9FYq

Williams went on to credit the mentality he believes to be shared by the Reds’ senior and youth players alike as the driving force behind another memorable Anfield evening.

The 18-year-old stated: “I think whatever team Liverpool puts out we’ll give everything we’ve got and leave everything on that pitch.

“That’s what we’ve been doing this season, as you can tell from the league, and from when the young lads have stepped in and got results against the likes of Everton, Arsenal and obviously today.”