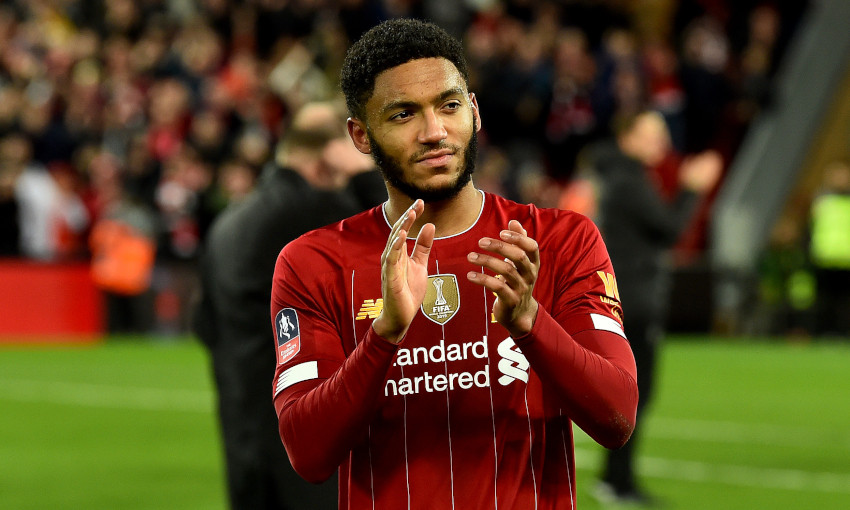 Jürgen Klopp always expected Joe Gomez would reach his current level of performance once he built up rhythm in the centre-half position.

In Gomez’s last 11 starts in all competitions, the Reds have recorded nine clean sheets and conceded just two goals.

At his pre-Southampton press conference, Klopp was asked whether there was a specific game or moment when the No.12 made the spot his own.

“Pretty much all of our centre-halves, when they were fit they were regular starters because two others were always injured more or less,” replied the manager.

“This is the first time, hopefully it stays for the rest of our life like this, that all four are kind of fit. Yes, two of them have no rhythm – that’s clear – but they are fit, which is good.

“Joe was never in doubt. The season started, Joe played together with Virg, was not in the best shape ever, but Joel was. So, Joel played and did really well – after last season when he played really well. Joel got injured; Dejan did outstandingly well. Then Dejan got injured and Joe came in.

“Joe jumped between right-back and centre-half, which is not perfect when you have no rhythm. If you are in a good moment it’s no problem, but in that moment Joe had no real rhythm and that’s why he struggled a little bit.

“But since he is playing as a centre-half again – his natural position – together with Virg there is exceptional. He is a sensational footballer, which is good.

“He has outstanding speed, which helps us a lot to keep our last line high; he is a really good challenger; good in one-on-one situations; football-wise, I said already, good.

“The package is really nice. It was always clear in the moment he starts playing and can get rhythm again, everything will be fine – and that’s how it is.”