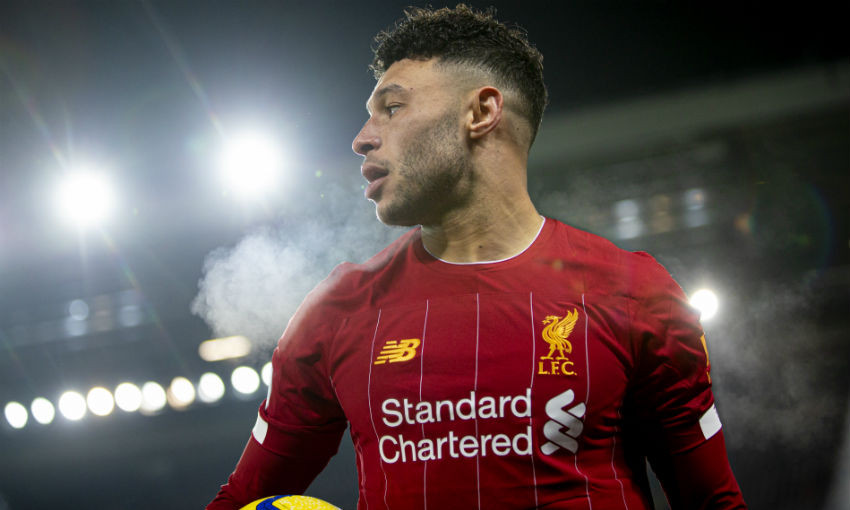 Liverpool's stunning form in the Premier League this season has been fuelled by the disappointment of finishing second last term and a burning desire to lift more silverware, Alex Oxlade-Chamberlain believes.

After a 97-point total saw them fall just short to Manchester City in 2018-19, the Reds have gone on to claim 64 points from a possible 66 in the top flight this campaign.

And having won the Champions League, UEFA Super Cup and FIFA Club World Cup all within the space of under seven months, Oxlade-Chamberlain states winning is becoming a habit Jürgen Klopp's side certainly don't want to kick.

The midfielder told Liverpoolfc.com: "The way you can explain something like that is if you look at Lionel Messi or Cristiano Ronaldo, the bar they have set for years and years and years, they might go one season or calendar year scoring 70 goals [and] if they hit 45 the next year they are probably not satisfied and the people around are probably not satisfied any more.

"Once you have proven to yourself and externally what you can achieve and the levels you can hit, that's when the difference is.

"That's why the likes of those two players I just mentioned go down as the greatest – because they have been able to keep that up for year on year on year, for 10 or 15 years. That's nothing to think lightly of, it's unbelievably hard."

He continued: "When I look at last season, how it finished and we didn't win the league with 97 points, you've also got to respect what Man City managed to do that year, the year after they won it with 100 points.

"To then go and get 98 points the next season takes a lot of mental strength and it takes that sort of desire to go again the next year and not be satisfied with what you've done. To keep churning out game after game the next year takes a lot of doing and you've got to respect that.

"We're on a good track at the minute. Ninety-seven points and you've got that disappointment, that made us hungry for this year again. We're going well at the minute. But it's the same mentality of nothing is done yet, the job is not done.

"Winning trophies and winning matches is the same thing – once that's what you've got your mindset on doing, you do it one week and you've got to keep doing it every week. That's the sort of space we're in.

"As Adam [Lallana] said, it does become an addiction. It takes a lot of mental strength as well. We've got a good group of lads here and a great manager to keep pushing for that, so I don't think that will be an issue. It does become something you're hungry for.

"We're definitely hungry but we're nowhere near finished and we're not at the target we need to get to. We've got to stay hungry and keep pushing, then hopefully we get the results that we're after."

Oxlade-Chamberlain has made 24 appearances for Liverpool in all competitions this season and found the back of the net on five occasions.

The 26-year-old's aims for the rest of the campaign are simple after missing so much action when he suffered a serious knee injury in April 2018.

"Just to be available to help this team where I can," he explained. "Obviously being out for pretty much the whole of last season, my main aim this year was to make sure I stayed available and when I was called on I put in the work and contributed to this team wherever I could.

"That's really all I'm focused on for this year, being a part of this team and helping this team achieve what we want to achieve.

"Anything along the way – goals or anything like that – is a bonus. For me, just to be fit, have a good season and a consistent one of playing when needed – that was my main target this year.

"And obviously I want to be able to bring the things I brought to the team before I got injured, so try to be an attacking midfielder that can assist the boys up front when I play.

"And also make sure I'm at the levels defensively that this team requires and the manager requires of the midfield boys to be able to play and be reliable to play.

"Other than that, I'm just happy as long as this team keeps pushing forward and I can be a part of that. That's exactly what I want."