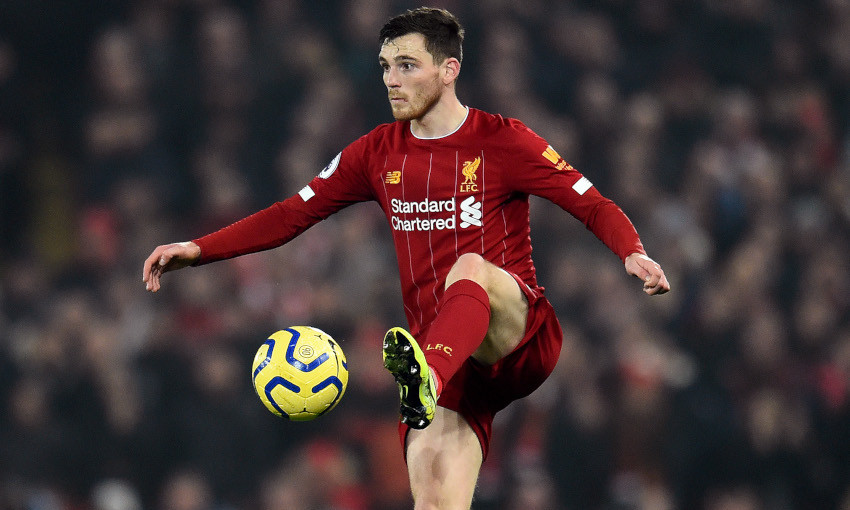 Liverpool are taking nothing for granted after increasing their lead at the Premier League summit to 16 points, Andy Robertson has stressed.

Sunday’s 2-0 win over Manchester United at Anfield strengthened the Reds’ grip at the top of the table, with a game in hand on nearest challengers Manchester City and Leicester City.

Nevertheless, Robertson explained why no-one within the dressing room is ready to start giving thought to anything other than their next challenge in the division.

“We would obviously love to say yes – but no,” he stated, when asked by reporters whether Liverpool were closing in on the league title. “You are playing against your rivals who you've had great battles with over the years and the fans probably want to rub it in a bit. But we're not getting carried away.

"Until the champions sign is above our heads we don't believe anything. Yes, the lead is 16 points but we know how tough it gets. We've beaten United and in three days' time we go away to Wolves, who are flying, and it's an incredibly tough game.

"We know how hard this league is and how the table can change in a couple of weeks so it's up to us to stay 100 per cent focused and not allow that to happen.

"If we do then we keep ticking off the games and we hopefully get closer and closer. We can believe once the final whistle of that game goes."

The victory over United extended Liverpool’s unbeaten run in the Premier League to a remarkable 39 matches – a streak that stretches back over a year to January 2019.

However, the possibility of ending the entire top-flight season without a loss is, again, something not on the minds of the Reds’ players.

“We don't think about that,” asserted Robertson. “We go into every game to win. For us that is the aim, because we don't want to get beat and drop points, but we've said it many a time we work game-to-game and it's worked well for us so why would we change that now?

"Looking too far and thinking can we go unbeaten is pointless. We'll just focus on Wolves and we go into a tough game trying to get the legs fresh, try and put in a similar performance and try to be more clinical.

"Fingers-crossed we can do that and then the games start getting less and less and then hopefully we can be champions, but we're not thinking about that.

“The last 39 games have been incredible but for us it is unfortunate it has not been in one season, it has been across two. We keep going, we are on a good run just now, we are confidence, seven clean sheets on the bounce is massive and long may that continue.

"We will let other people say that [Liverpool will win the league] but I don't think anyone in that dressing room is believing that just yet and I think we can see that with every performance we are putting in."