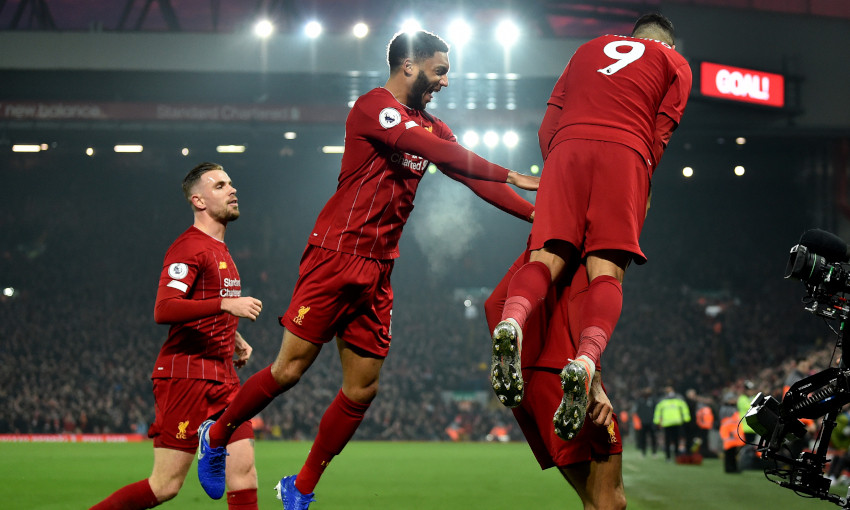 Liverpool marched on at the top of the Premier League as goals from Virgil van Dijk and Mohamed Salah earned a 2-0 win over Manchester United on Sunday.

Jürgen Klopp’s side were in charge for large spells of the latest showdown with their rivals yet also had to dig in during a frantic second half, having had two efforts disallowed and struck the woodwork via Jordan Henderson.

But Alisson Becker’s quick thinking set up Salah to finally put the game to bed in stoppage-time and provide an ecstatic release for those inside Anfield.

Liverpool’s play deserved more than the narrow lead produced from a dominant hour of football, with Roberto Firmino and Georginio Wijnaldum both seeing strikes chalked off and Henderson a rasping drive tipped onto the post by David de Gea.

And with the advantage still slender as the contest wore on, United – the only team to have denied the Reds victory in the league this term – began to exert pressure in the search for an equaliser.

In the third minute of added time, though, the tension was washed away.

Alisson’s kick out into the opposition half released Salah, who carried the ball through to the penalty box and planted a finish underneath De Gea to prompt euphoria for the hosts.

Salah whipped his shirt off in front of the Kop, Alisson ran the length of the pitch to congratulate the scorer, and Anfield erupted. Magical.

Watch: Alisson sets up Salah and runs length of pitch to celebrate

Few teams have been able to stop Salah since he joined the Reds in 2017 but the Egyptian had drawn a blank on his four previous appearances against United.

It appeared that streak would extend to five when the No.11 showed rare profligacy from a great chance to guide in Andy Robertson’s cross early in the second half.

But he scratched that particular itch deep into added time by collecting Alisson’s pass, holding off the recovering Daniel James and rolling in the clinching goal.

Salah has now netted against 23 of the 25 Premier League teams he has faced with Liverpool and is level with Sadio Mane on 15 at the top of the club scoring chart for 2019-20.

The captain leads the way

Even as he accepted the Man of the Match award from Sky Sports after a win that extended his team’s healthy lead at the top, Henderson was thinking of improvement.

“It is special, we’re enjoying our football,” said the midfielder. “But you’ve got to stay hungry, you’ve got to keep learning and keep wanting more. To be fair, this group of players wants to do that.

In the build-up to the game, Alex Oxlade-Chamberlain had said the 2019 England Men’s Player of the Year ‘completely epitomises what it means to be a Liverpool footballer’ and he served up another all-action performance to prove why. 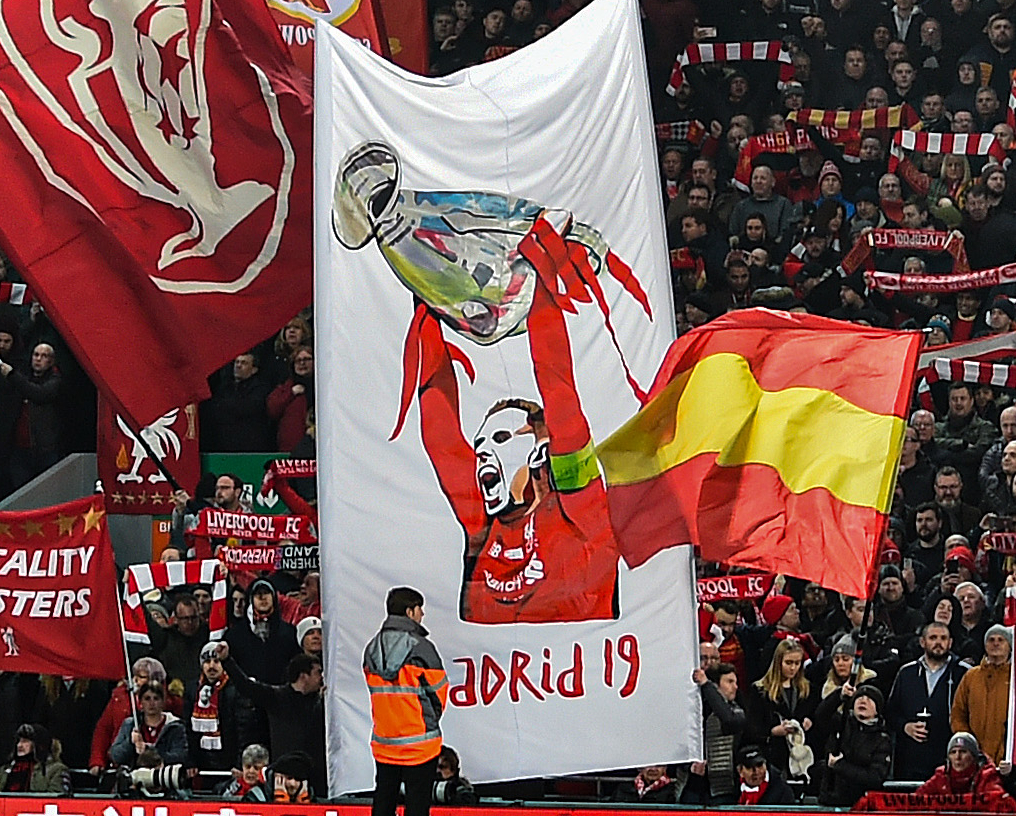 Trent sets the standard from set-pieces

Trent Alexander-Arnold’s corner to set up Van Dijk’s headed opener was the fifth assist from a set-piece for the right-back in the Premier League this season.

That’s a tally no player can match in any of Europe’s top five leagues.

The combination is proving particularly fruitful for Liverpool, too, with five of Van Dijk’s last seven league goals created by Alexander-Arnold.

Alexander-Arnold has now registered 22 assists in the Premier League in total – equal with teammate Robertson – and is closing in on the only two Reds defenders with more in the competition: John Arne Riise (24) and Stig Inge Bjornebye (25).

Klopp’s team have made a habit of establishing new benchmarks during recent seasons and Van Dijk’s 14th-minute breakthrough brought another.

The Reds have scored in each of their opening 22 league fixtures so far this term – a landmark never before reached in the top flight in club history.

Indeed, it is now 31 Premier League games in succession that Liverpool have scored in, with the two goals here enough to provide the manager with his 150th victory in all competitions (from 244 matches).

At the other end, meanwhile, they registered a seventh consecutive league clean sheet for the first time since December 2006.