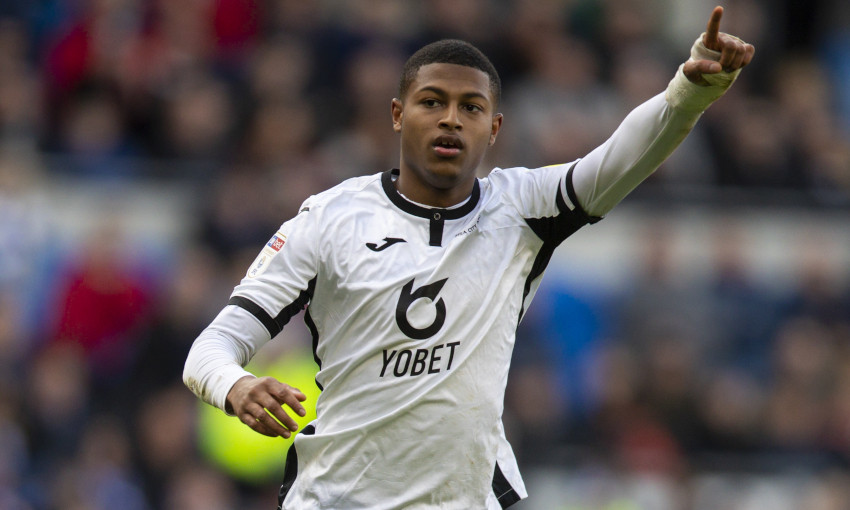 Steve Cooper’s side trailed in the early stages of the Championship clash but Brewster – making his second appearance – brought them level on 19 minutes with a clinical finish.

Collecting a pass into the area with an angled run, the 19-year-old swept an emphatic low shot across the goalkeeper and into the bottom corner.

Swansea went on to claim victory, boosting their push for promotion, as Andre Ayew struck a second for the home side after the interval.

“What a great time to get [my first goal],” said Brewster. “It was great to get a goal, hopefully it’s the first of many. I really enjoyed it.”

On Friday night, Sheyi Ojo was a second-half substitute as Rangers beat Stranraer 2-0 in the Scottish Cup at Ibrox, playing the final quarter of the tie.

It was a frustrating Saturday afternoon for Harry Wilson as circumstances forced his start for Bournemouth to come to a premature conclusion.

When Steve Cook was sent off 31 minutes into their eventual 1-0 defeat at Norwich City in the Premier League, a tactical reshuffle meant Wilson was the man withdrawn.

In the Championship, goalkeeper Kamil Grabara kept a clean sheet for Huddersfield Town as they played out a 0-0 draw at home to Brentford.

Herbie Kane played the whole match for Hull City, who were beaten 1-0 by Derby County away from home.

On Sunday, Marko Grujic played the full game for Hertha BSC as they suffered a 4-0 Bundesliga defeat at home to Bayern Munich.

There was disappointment for Loris Karius, too – Besiktas were edged out 2-1 by Sivasspor in the Turkish Super Lig.