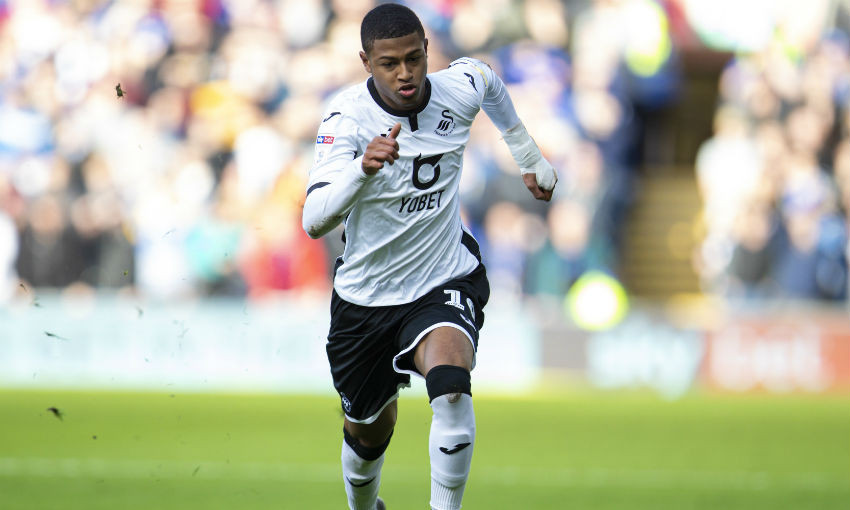 Rhian Brewster made his Swansea City debut in their draw at Cardiff City on Sunday afternoon.

The 19-year-old striker joined the Championship side on loan for the remainder of the season last Tuesday and was inserted straight into Steve Cooper's line-up for the South Wales derby.

Proud to make my @SwansOfficial debut. Disappointed not to get the win for the fans today. Big thanks for the suppo… https://t.co/xtbwtwAO1h

Brewster played the entirety of the affair that finished goalless and his efforts drew praise from his manager.

“It was a difficult game for him, but we saw glimpses of his athleticism, his mentality and his willingness to be positive,” Cooper said post-match.

“He started with a yellow card closing down, which tells you everything about him.

“It was a good experience for him, but he is here to deliver too and I felt he did a good job for the team.

“Of course, we would have liked to create more chances with him on the end of them.

“I know the player, I know his attitude and he will catch the eye for what he does going towards goal.

“But he works so hard, he presses really well. He likes a battle and I know he can handle that part of the league with no problem.”

Elsewhere in the division, Ovie Ejaria played 80 minutes of Reading's 1-1 draw at home to Nottingham Forest on Saturday.

Herbie Kane's maiden outing for Hull City ended in defeat, with the midfielder featuring for just over an hour in their 1-0 loss to Fulham.

There was also disappointment for two other Liverpool loanees in competitive action over the weekend.

Kamil Grabara's Huddersfield Town were beaten 2-1 at Barnsley, while Harry Wilson played the majority of Bournemouth's 3-0 defeat at home to Watford on Sunday.