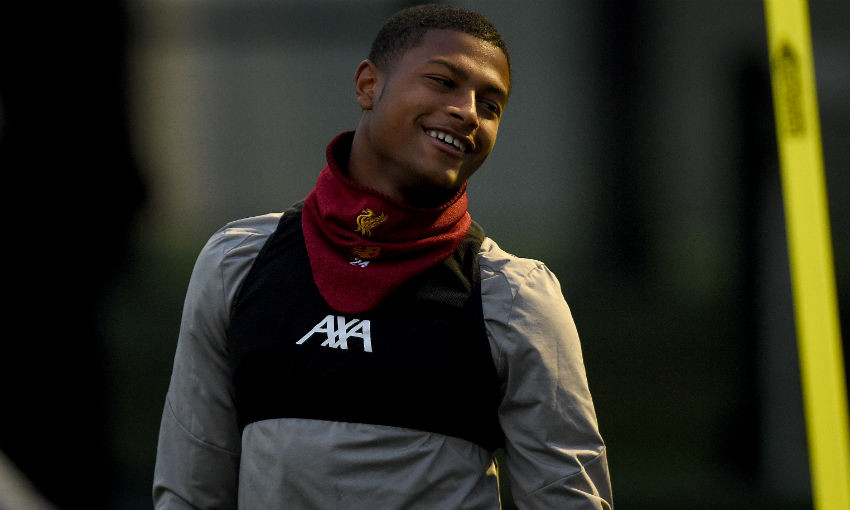 Jürgen Klopp felt the decision to send Rhian Brewster on loan to Swansea City was the 'right thing to do' at an appropriate time in the striker's career.

The 19-year-old joined up with the Championship side on Tuesday to spend the rest of the 2019-20 campaign working under the guidance of his former England U17s coach Steve Cooper.

Speaking at a press conference on Friday, Klopp explained the Reds' thinking on sending young prospects out to gain experience at another club.

"They are all individual plans, of course," he said. "That we brought in Vitor Matos was a smart decision because he is the coach of these boys, plus Critch, plus Alex Inglethorpe at the Academy, who are doing an incredible job.

"But there are different ways. What do these boys have to do? They have to develop and we have to think about, 'How can they develop in the best way?'

"Today again, yesterday again, the day before yesterday, we will have three or four normal sessions this week, which makes it quite an exceptional week. They really push.

"They don’t behave on the training pitch like kids. They are kids but they don't behave like this. That's the biggest step they made in the last five or six months.

"But on the other side they are humble enough and understand the situation that they are surrounded by a bunch of world-class players.

"So now what they have to do, you can send them out to a club, where you hope they can get games under their belt. But they have games in U23s and have outstanding, high-quality training sessions here.

"We make these decisions person-by-person, player-by-player and don't say they all go out on loan or they all stay here."

Brewster had made three first-team appearances for Liverpool this term before sealing his temporary switch to South Wales.

"Because that's important as well, the boys need to find a manager in the best possible way who knows them already – that's the case with Steve and Rhian, so that helped a lot.

"Swansea and Steve Cooper asked already in the summer if he can go and it was not the right moment. He came out of a long-term injury, so I thought he needed to just get a rhythm, get used to his body again, but he needed to get used to the intensity.

"Now he's already training for a long, long period, so it was a good moment to give him on loan and to help Swansea hopefully, and Swansea can help Rhian and then us. That was good.

"But for the others, I don't see anybody in this moment who would benefit more from a loan spell than from staying with us."