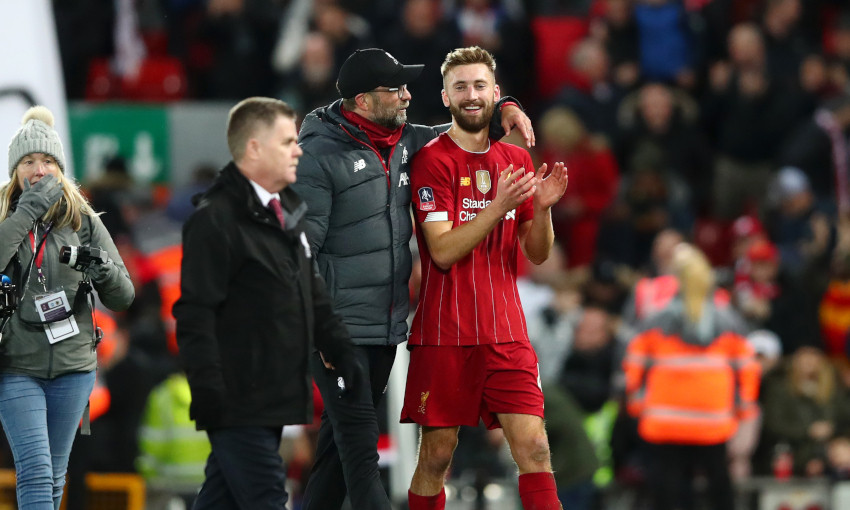 Nathaniel Phillips is likely to resume his loan spell with Stuttgart this month.

The centre-back clocked up 11 appearances for the 2.Bundesliga side during the first half of 2019-20 before returning to Liverpool in the New Year and making his senior debut in last Sunday’s FA Cup victory over Everton.

Asked whether Phillips will rejoin Stuttgart, during his pre-Tottenham Hotspur press conference on Friday, Jürgen Klopp said: “First of all, it’s really great, it’s just nice to have him around again because he’s such an exceptional person.

“He made a lot of interesting experience in the city where I was born; I know the people there and he enjoys it a lot. Probably he will go back but we have to see exactly. But, yes, probably.”