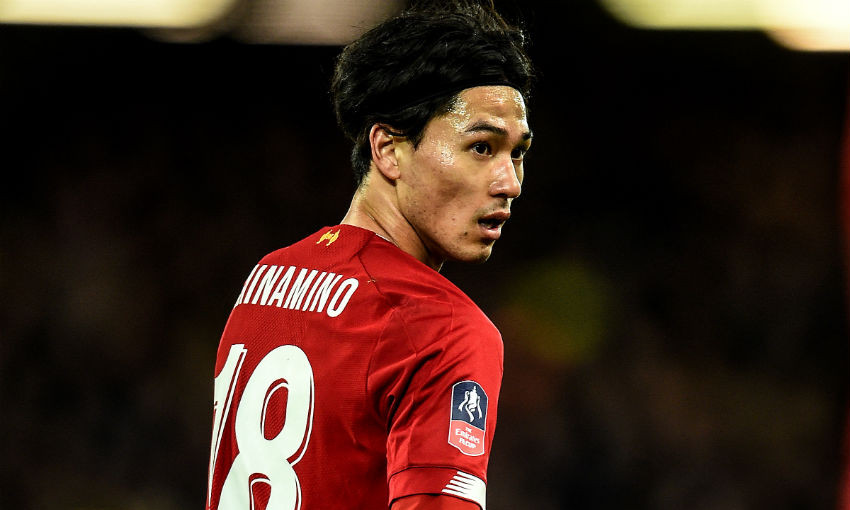 Takumi Minamino’s deployment as a central striker against Everton was borne out of Jürgen Klopp’s desire to help the new signing play his natural game while debuting for Liverpool.

The Japan international impressed during a 70-minute run-out in last Sunday’s 1-0 Merseyside derby victory in the third round of the FA Cup.

And, while labelling Minamino’s performance in that position ‘exceptional’, Klopp explained that the 24-year-old’s attributes afford him the capability to play elsewhere, too.

“He played the position the year before, not this season but the season before, when my former player was manager at Salzburg. I watched a couple of games and they played a lot in a diamond and he was the No.10 very often. He can play second striker, all that stuff, for Japan he plays as No.9, he can play on the wing.

“But we thought from a defending point of view it’s the most natural position for him that he knows because I don’t want to give him kind of a playbook: read it and now you know what you have to do.

“So he could defend naturally actually, but it’s not the only position he can play, no, no no. He played in a 4-4-2, both wings, second striker, for Japan the only striker – [there is] a lot he has to offer and I loved the game.

“In a completely new team, not only because he was not together with Sadio and these guys who you give the ball and they do something completely by themselves, it was completely teamwork to find together during the game. It was an exceptional performance.”

Klopp: European nights are different now - but our responsibility is the same

'It'll be a proper challenge, a proper fight' - Klopp's verdict on Midtjylland test