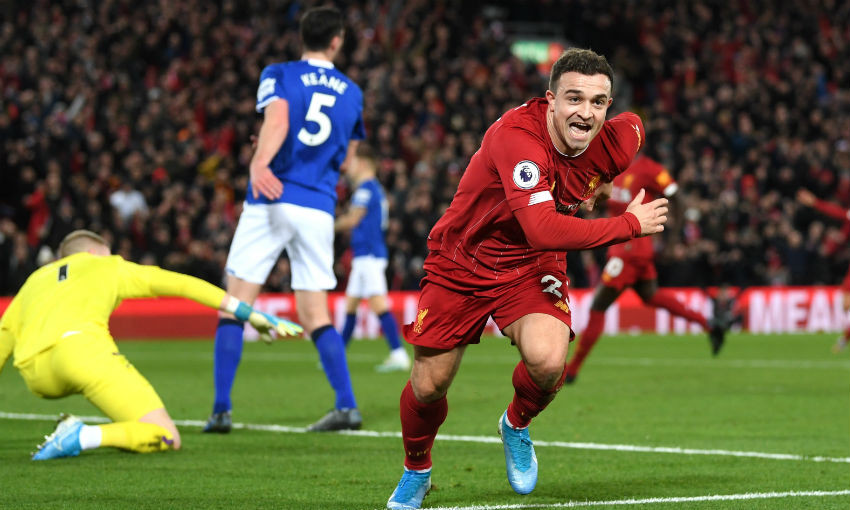 Xherdan Shaqiri's cool strike against Everton has been nominated for Premier League Goal of the Month for December.

The No.23 put the finishing touches on a fine Liverpool move during last month's Merseyside derby victory at Anfield.

After Trent Alexander-Arnold's crossfield pass found Sadio Mane on the left, the forward proceeded to play an exquisite through ball into the path of Shaqiri, who guided it beyond Jordan Pickford as the Reds won 5-2.

You can cast a vote for the goal by clicking here.

James Milner: Fatigue cost us in the second half