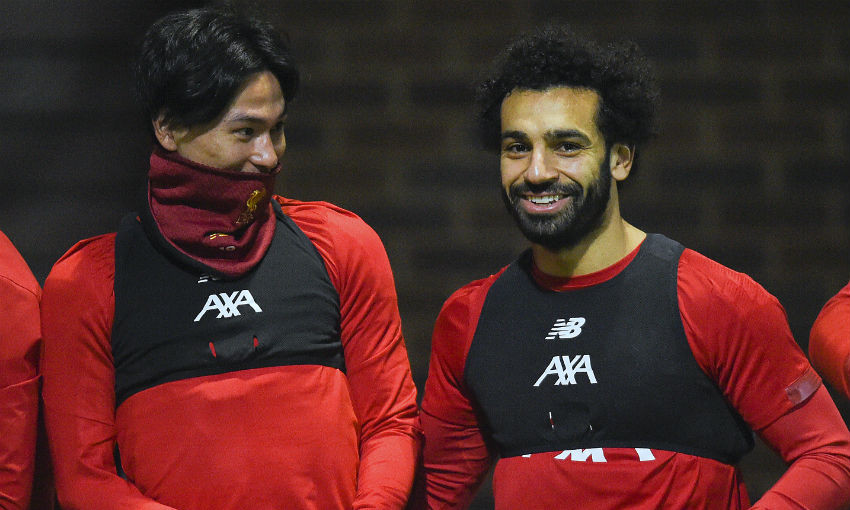 Takumi Minamino trained with his Liverpool teammates at Melwood for the first time on Tuesday evening - and our photographers were present to capture the session.

It was announced earlier this month that the 24-year-old would officially become a Liverpool player on January 1 after an agreement was reached with Salzburg for his transfer.

And the Japan international was hard at work under the lights at the Reds' training ground on New Year’s Eve.

With Jürgen Klopp's side preparing for the upcoming clash with Sheffield United, Minamino warmed up with the squad before taking part in passing drills.

Check out Liverpool's new No.18 training at Melwood for the first time in the gallery below...