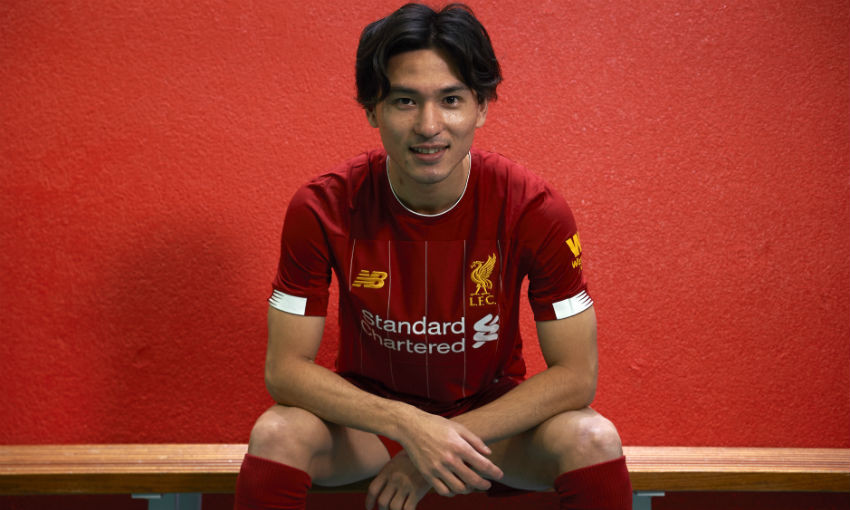 Takumi Minamino caught Andy Robertson’s eye earlier this season - and the left-back is delighted he will now be playing with, not against, Liverpool’s new signing.

It was announced on Thursday that the Reds had agreed a deal with Red Bull Salzburg for the transfer of Minamino, with the Japan international to officially move to Anfield on January 1.

The 24-year-old was an influential figure when Liverpool met Salzburg in the Champions League group stages and scored and assisted as Die Mozartstädter were defeated 4-3 at Anfield.

Robertson, then, knows all about Minamino’s quality and is looking forward to classing him as a teammate.

“It was difficult to play against Salzburg full stop, but I thought he was their main man,” the Scotland captain told the Liverpool Echo.

“He was the one, especially at Anfield, who caused us problems. When we went 3-0 up, he started to dictate the game. He started to run at us a wee bit and he got a goal and an assist.

“That might be why the gaffer started looking at him and thinking ‘who is this player?’

“In the two games we played against them, he was great. Other than that, I hadn't really seen him play. He will be a welcome addition for us and I'm sure he will be a fantastic player.

“We look forward to him coming over in January and I'm sure he'll add to the already-high quality in this squad.”