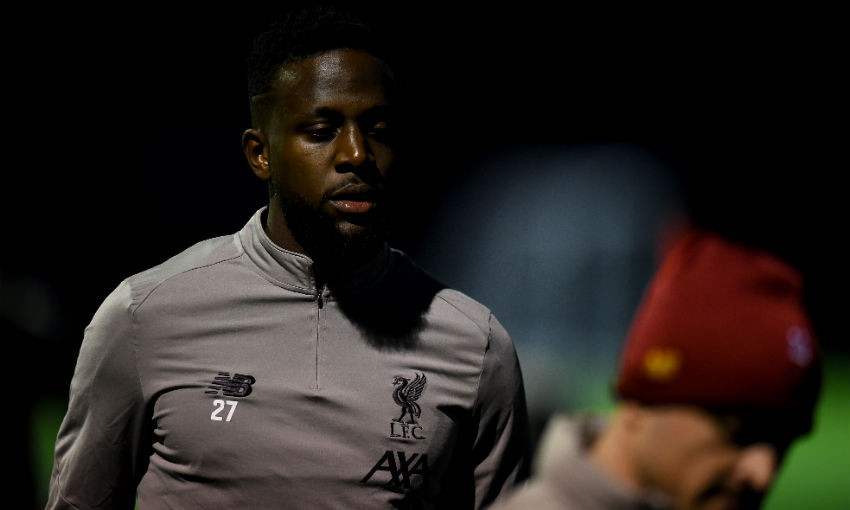 Divock Origi has detailed a hunger within training that gives him confidence Liverpool can clinch glory in the FIFA Club World Cup.

The Reds contest their semi-final against Mexican side Monterrey at Khalifa International Stadium this evening, aiming to set up a showdown with Flamengo for the trophy on Saturday.

If Jürgen Klopp’s side were to go all the way, it would be the first time in the club’s history – and Origi has noted the intensity levels in training that have given him optimism.

“I think it’s a very prestigious tournament. It’s hard to get here, you have to win the Champions League and it’s something we can be proud of. Playing the semis and hopefully going to the finals will be a big goal for us. We’re all very hungry.

“We’ve just travelled and you can see in training already that we’re all very hungry to play that game. We’ll prepare for the best possible result.”

Despite a difference in the usual approach to the clash with Monterrey given the team’s locations and, indeed, the venue of the fixture, Origi is confident Liverpool are well prepped.

“We just try to prepare with the staff; they always give us the best information for teams that we’re going to play,” he explained.

“But it’s just about us playing our football and taking our values from Liverpool and bringing them here to this tournament and doing the same thing. That’s when we are at our best.

“I think it’s just the same preparation. We have an unbelievable staff who know how to prepare for teams and always give us the best information, so it’s just almost to soak it in and use it on the pitch.

“We’ve played games like this before, this is maybe a different setting. It’s all about preparing tactically, physically, emotionally and then be ready to fight.”

Origi did, of course, play a significant role in ensuring Liverpool got to participate in the Club World Cup.

After striking twice in the dramatic Champions League turnaround against Barcelona at Anfield, the No.27 notched a decisive goal in the final in the 2-0 win over Tottenham Hotspur in Madrid.

“I think for me I just see it as a chance, another tournament where I can enjoy my game,” Origi replied, when asked if he was aiming to record another personal chapter in the club’s history.

“I know whenever I play my game all the results will follow. So I don’t focus on the outcome, I’m really on what I put in and that’s what I’m going to try to do – just give the best of myself. Then hopefully it can be as positive.

“I leave that to the people. The storytelling, that’s more something for people. But for me it’s just about performing and that’s how I keep my focus.”