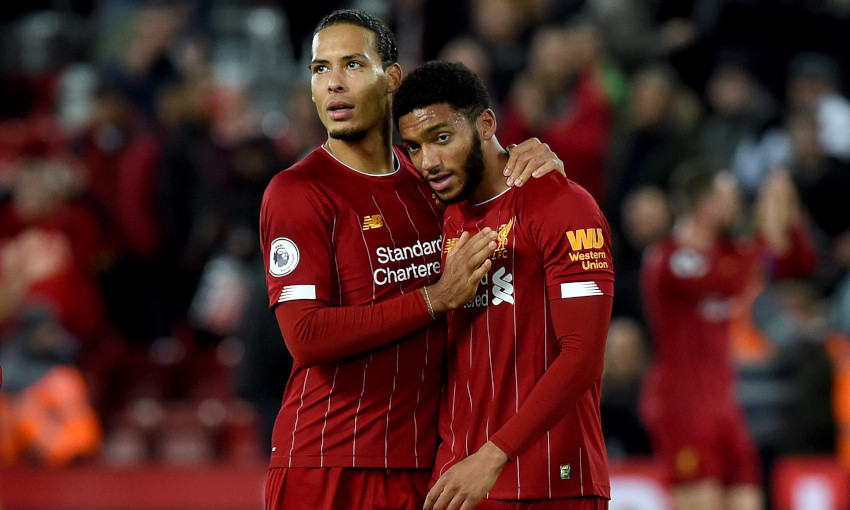 Inside Anfield: Behind the scenes of Liverpool 2-0 Watford

Jürgen Klopp expects Joe Gomez and Virgil van Dijk to maintain a 'sensational' partnership in central defence as Gomez gets set for a run in the side.

Injuries to Dejan Lovren and Joel Matip - neither of whom have travelled to the FIFA Club World Cup - have created an opportunity for the No.12.

After the game, the boss detailed why Gomez has had to wait for a chance at centre-back - but backed him to flourish in the matches ahead.

“In a very good team, which we obviously are, the train doesn’t wait. That means other players showed up, and I don’t think anybody thought really we should put Joel [Matip] on the bench. It is just that the boys are incredibly talented.

“The boy is still young, that is not the reason - it’s just that you keep rhythm and you keep players together. But these two, Joe and Virg, they like each other a lot, and they can play sensationally well together.

“And Watford was an especially difficult game - [Troy] Deeney! - and, how you can imagine, they play one ball direction. And the balls that came into Virgil were only because of the wind, all the others came to Joe, and Deeney goes up.

“This outstanding skilled boy has this kind of improvement in these moments, but he hasn’t played consistently for a while.

“But he has improved a lot there, and that’s all good. Football-wise he’s an exceptional player, but against Watford you could see he had to fight, and fight to keep concentrated.”