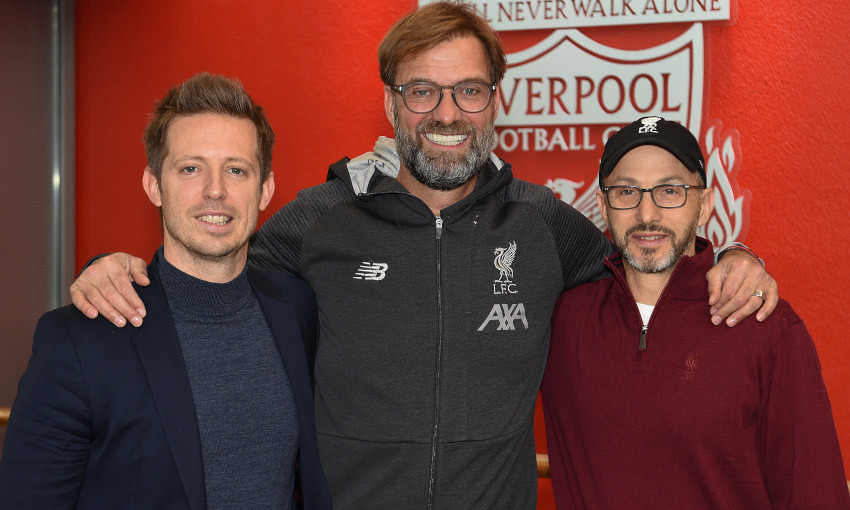 Fenway Sports Group today declared their joy at the news Jürgen Klopp has agreed a contract extension with Liverpool Football Club and explained why they believe the decision secures the long-term development of the team.

The manager will prolong his Anfield tenure until 2024, meaning he will continue to oversee the Reds well into the next decade. He will be joined by assistant managers Peter Krawietz and Pepijn Lijnders in doing so.

Since Klopp’s appointment in October 2015, Liverpool have taken giant strides forward in re-establishing themselves as one of world football’s powerhouses.

Season-upon-season improvement under the 52-year-old’s stewardship resulted in the Reds being crowned European champions after lifting the Champions League last campaign, as well as posting a club-record 97-point haul in the Premier League.

Continuing into 2019-20, Liverpool currently hold an eight-point lead at the top of the table after winning 15 of their 16 matches so far, while the defence of their continental crown will go on into the New Year following Tuesday’s 2-0 win in Salzburg.

Off the pitch, the club’s progression continues at pace with the construction of a brand new, world-class training facility in Kirkby and proposals for the redevelopment of the Anfield Road Stand to expand the stadium’s capacity.

Klopp and his team have been supported on the journey so far by sporting director Michael Edwards, and their collaborative approach and input has helped Liverpool create a playing squad capable of challenging for the game’s very highest honours.

With all of these factors combined, FSG believe the decision for Klopp to sign a contract extension is one that is not only beneficial to all parties, but also to the long-term continuation of Liverpool Football Club’s advancement for years to come.

Principal owner John Henry, chairman Tom Werner and FSG president Mike Gordon today jointly said: “We are absolutely delighted we have been able to reach an agreement with Jürgen – as well as Peter and Pep – on extending their time with the club. As we are sure our supporters would agree, it is truly wonderful news and we are all extremely thrilled, not only professionally, but personally too.

“We feel this represents one of the big moments of our stewardship of Liverpool Football Club so far as we believe there is no better manager than Jürgen. The decision also keeps with the club’s overall strategy of building from a position of strength.

“It means Jürgen will oversee the ongoing transition from Melwood to the new Kirkby training base as the club continues to pursue a vision of being elite in all facets of the industry.

“It also provides us with continuity with the existing football operations management structure, overseen by sporting director Michael Edwards, whose input into the project cannot be overestimated. He has been – and will continue to be – as indispensably important as anyone else to the direction of Liverpool Football Club. In Jürgen and Michael we are blessed with world-class leadership.

“This is a collective partnership that has seen the club reach and then re-establish itself as an elite performer at home and abroad.

“Back in 2015 we used the phrase ‘ideal fit’ when we appointed Jürgen. This continues to apply today and, if anything, the circumstances make it more pertinent. We consider him to be the best there is.

“If Liverpool Football Club were looking to appoint the most outstanding, elite manager for our current status today, Jürgen would be the first choice – no question.

“Both parties have come to the conclusion that by continuing to work together and build on the work of the last four years, the opportunity exists to maximise each other’s potential.”