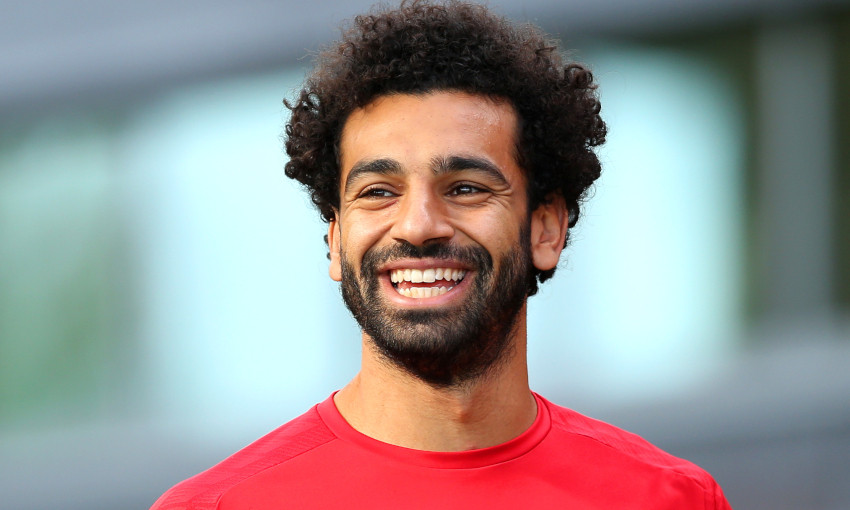 Mohamed Salah will aim to extend a record scoring run when Liverpool face Bournemouth in the Premier League on Saturday afternoon.

The Egyptian has netted in four successive meetings with the south-coast club – the only Reds player in history to have achieved the feat.

He claimed a hat-trick in the corresponding fixture last season, which was the first ever for Liverpool in a league clash with the Cherries.

In total, Salah has scored six times against Bournemouth.

For more pre-match facts and figures on the game at Vitality Stadium, courtesy of LFC statistician Ged Rea, read on…

The teams have met only eight times before in the league – all in the Premier League era – with the Reds winning six, drawing one and losing one.

Adam Lallana played four matches on loan with the Cherries during the 2007-08 season, three of which were in League One.

No Liverpool substitute has yet scored a goal against today's opponents.

Salah could make the 100th Premier League appearance of his career, the first 13 of which came with Chelsea.

Divock Origi has scored four goals in his last three Liverpool starts – two in Wednesday's Merseyside derby and two in the League Cup against Arsenal.

James Milner's next start will be his 150th for Liverpool in league and cup.

Sadio Mane has scored 30 goals for Liverpool so far in 2019. He is one of only 11 Liverpool players to achieve the feat in a calendar year and it is only the 17th time in the club's history the landmark has been achieved.

Alex Oxlade-Chamberlain's first senior goal came against Bournemouth, for Southampton in a League Cup tie in 2010. Lallana scored the other goal in the 2-0 victory.

The Reds are now unbeaten in a club-record 32 league games since losing at Manchester City in January. That is the only top-flight defeat in their last 54 outings.

Jürgen Klopp's men have won 34 of their last 39 matches in league and cup, including the penalty shootout victories over Chelsea in the UEFA Super Cup and Arsenal in the League Cup.

This will be the first time since May 2007 that Liverpool will have kicked off at 3pm on a third successive Saturday.

Bournemouth have not scored in any of the last four meetings with the Reds, home and away. The last player to do so was Josh King with an 87th-minute equaliser at Anfield in April 2017.

The Cherries have lost each of their last four games since defeating Manchester United 1-0 (King scoring) – all by a one-goal margin. They were beaten at Newcastle United (1-2), at home to Wolverhampton Wanderers (1-2), away to Tottenham Hotspur (2-3) and on Tuesday at Crystal Palace (0-1) despite having a one-man advantage from the 19th minute.

'It's Mo mania here in Qatar!' - Oxlade-Chamberlain on Salah