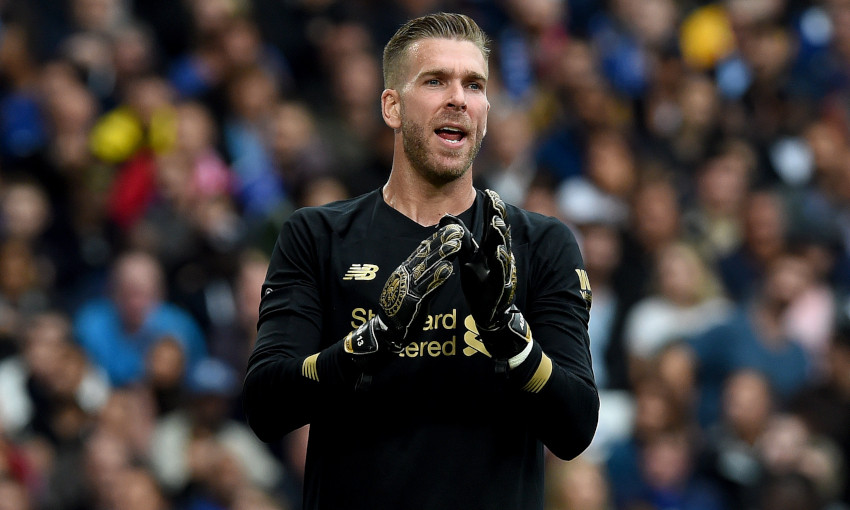 Adrian is set to start Wednesday's Merseyside derby in place of the suspended Alisson Becker, with Liverpool otherwise unaffected by injuries.

Summer signing Adrian was sent on for the final quarter-hour of last weekend’s home win against Brighton and Hove Albion following Alisson’s red card for handling outside the box.

He will therefore continue between the posts at Anfield for the 234th competitive meeting with Everton.

“My man of the match is Adrian, coming on in a game like this and having that knock of the free-kick,” Jürgen Klopp commented in between the fixtures.

“It is incredible. An ice-cold ‘keeper getting his gloves ready and then… [whistle]. That is our life. Then being in the game to make two saves.

“He saved our lives and I am happy for him he can play the derby.”

“All the others are fit and available,” said Klopp at his pre-match press conference.

Andy Robertson could make his 100th appearance for the Reds in all competitions.

The hosts will attempt to set a new club record on the night.

A win or draw would see Klopp’s side extend their unbeaten league run to 32 matches – bettering the previous tally under Kenny Dalglish in 1988.

Everton will welcome back Theo Walcott after he missed their trip to Leicester City last weekend due to illness.

“Theo will be OK,” said Blues boss Marco Silva. “He was sick but worked the last two sessions with the team and will be in condition to be in the squad list.”

Seamus Coleman and Fabian Delph are doubts for the short journey across Stanley Park, however.

On Tuesday, Silva said of the pair: “We will see. Coleman tried this morning again but is not in condition to be fit for the match. And Delph is not training with the team in this moment.

“Let’s see in the next few days how they both will be and if they can be fit or not for the match.”