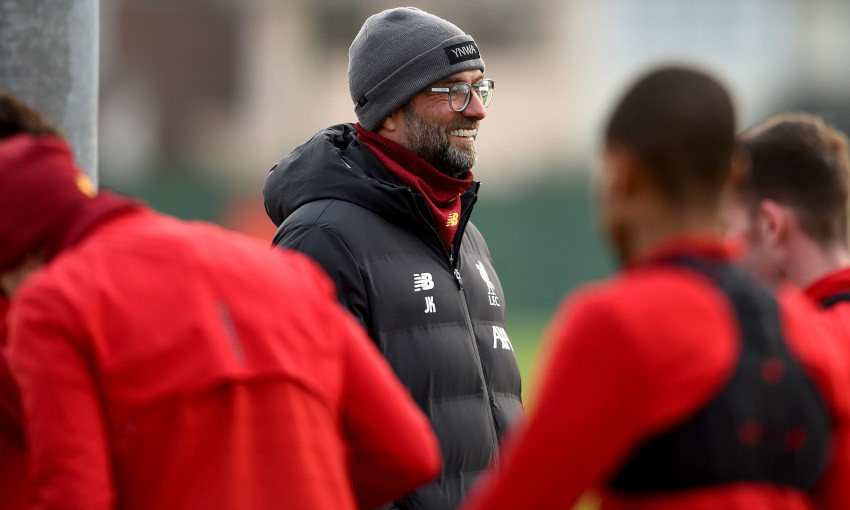 Jürgen Klopp has explained why Liverpool recruited the services of sports psychologist Lee Richardson to work with the squad this season.

The former Chesterfield manager, who also enjoyed a playing career representing the likes of Watford, Blackburn Rovers and Aberdeen among other clubs, linked up with the Reds’ backroom team in the summer ahead of the United States tour.

Richardson forms part of the first-team set-up at Melwood, offering his services to the players three days a week at the club’s training complex.

Asked whether Liverpool had already felt the benefits of the 50-year-old’s appointment, during his pre-Crystal Palace press conference, Klopp said: “Yes, but it's not that we test him. It’s not like this, it is not [like] let’s have a look if the boys [can] behave better.

“I think around about 20, 25 years ago there were no goalie coaches in football and the head coach did the goalie training by himself. You had no athletic coaches, it was all our job pretty much. So, the teams around the team became bigger.

“The next thing was, of course, with psychology. It's a job to do, but I cannot really speak [about it] because I am not involved. It is not that I speak to him and he comes to me; I spoke to him but that's a completely confidential thing.

“What he is doing with the players, I am not involved. I have my part to do with the boys and do that like I did it before. It's just an add-on for all the things we try to deliver. We try to make sure the boys are in the best hands.

“With Lee Richardson especially, the good thing is he was a player himself, a manager himself and then he decided to become a sports psychologist. It is a really interesting career, he's a fantastic person, which is important because then I don't have to convince the boys to talk to him. It’s easy.

“He is a really, really interesting person and so the boys enjoy, for sure, that he is around and when you need him, you can use him.”