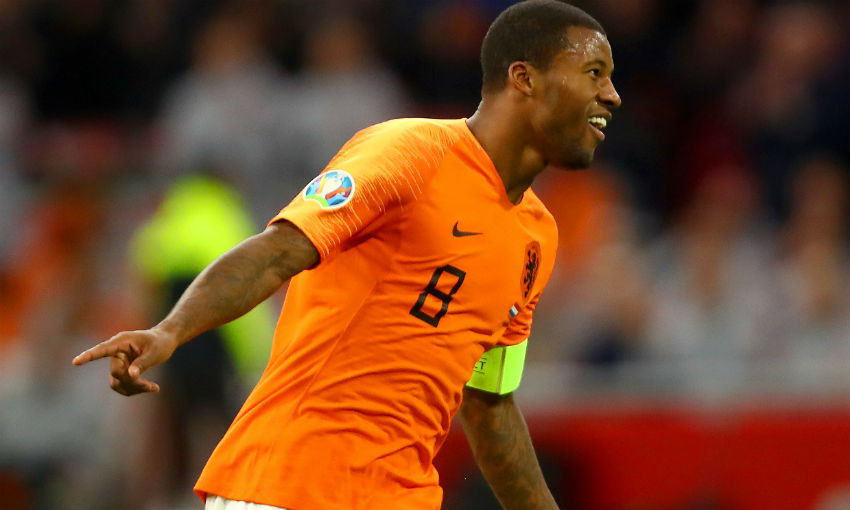 Inside Training: Shooting drills on the agenda at Melwood

Georginio Wijnaldum scored a hat-trick as the Netherlands rounded off their Euro 2020 qualification campaign with a 5-0 win over Estonia.

In the absence of clubmate Virgil van Dijk, Liverpool midfielder Wijnaldum captained his country in Amsterdam and netted the first, third and fourth goals while playing the whole of a convincing victory.

Divock Origi appeared from the bench as Belgium made it 10 wins from 10 Euro 2020 qualifiers by routing Cyprus 6-1 in Brussels, while Rhian Brewster started England U21s’ 2-1 friendly defeat to the Netherlands.

And, after scoring two penalties on Saturday, Neco Williams was again on the mark for Wales U19s in their 2-0 victory over Kosovo.

The young full-back converted the rebound after his spot-kick had been saved. Morgan Boyes captained Wales, who have qualified for the elite round of qualification for the U19 Euros.