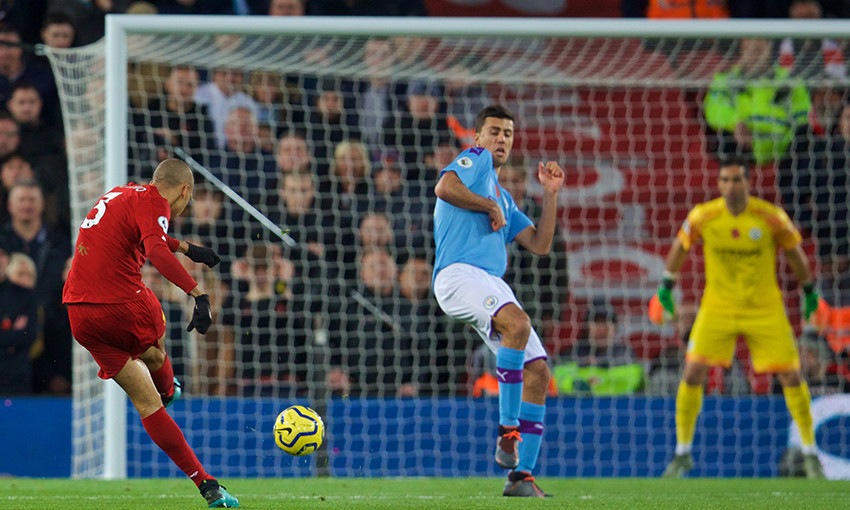 When Fabinho fired in his breathtaking strike to initiate Liverpool's 3-1 victory over Manchester City last Sunday, the Brazilian didn't just help consolidate pole position in the Premier League - he moved the Reds clear in an alternative table too.

The midfielder's long-range belter made him the club's 13th different goalscorer in the top flight this season - more than any other side.

Last season's Golden Boot-winning duo of Sadio Mane and Mohamed Salah occupy the top two places in Liverpool's individual scoring charts, but almost every other outfield player has chipped in with important goals too.

In fact, bar the goalkeeper, Jürgen Klopp can fill every position of his starting line-up with players who have found the back of the net this season, as illustrated in the graphic below. 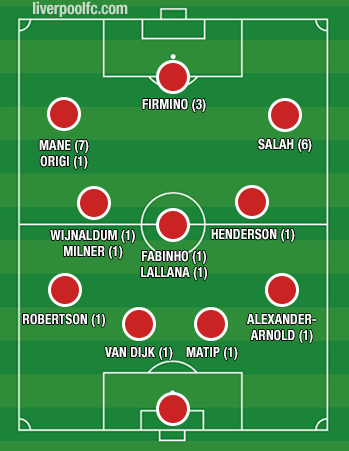 Only three of Liverpool's outfield players who have started a Premier League game this term have not scored: Joe Gomez and Dejan Lovren, who have five starts between them, and Alex Oxlade-Chamberlain, who is goalless in two starts in the top flight but has already scored three times in the Champions League and once in the Carabao Cup.

With goals coming from throughout the team, the Premier League leaders have scored 28 times on their way to going eight points clear at the top of the table.