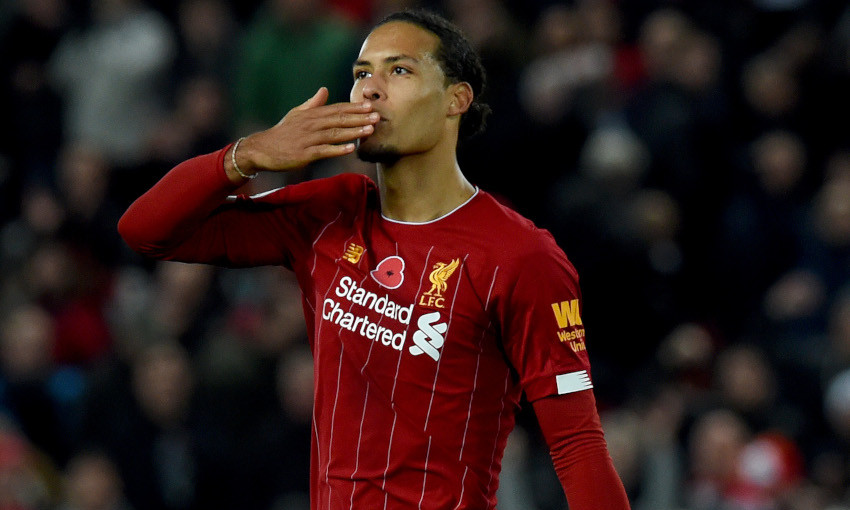 Virgil van Dijk acclaimed Liverpool’s 3-1 victory over Manchester City as ‘a bit special’, but insisted no-one within the dressing room is getting carried away by the team’s standing at the Premier League summit.

A rampant Reds performance defeated the reigning champions at Anfield and opened up an eight-point lead at the top of the table, nine in front of Pep Guardiola’s men.

Nevertheless, while delighted by the outcome of a satisfying Sunday afternoon's work, Van Dijk explained why it’s far too early to draw conclusions from their position in the division.

He said: “It's like any other three points of course but it was a bit special because you are playing against the champions, your direct rival, and I think it was a very good game to watch. We are very happy to get the three points.

“We all know - and we all feel - there are so many games left that so many things can happen between now and May.

"The only thing which can happen is for everyone to stay fit and we need everyone to play as well as they can.

"We are very happy with the position we are in, but we cannot take it for granted. We just have to keep going and take it game-by-game.

"They are the champions first of all, so they will definitely be up there again. The other teams have been doing well, too.

"The only thing we focus on is the game ahead of us, it's pretty boring and I keep saying it, but it is actually a fact. Let's just go for it.

Liverpool return to action following the international recess with a trip to Crystal Palace on November 23.

Overall, the Reds will contest 13 matches in four different competitions between now and January 2 and Van Dijk knows it’ll be a testing period.

“We have so many games left," he continued. "The busy period is still to come: December is unbelievably busy. Then we have January and February and you never know what can happen.

"We want everyone to be fit and at their best but you can't be at your best every other day. Hopefully we will do it but we can't think about it. We are very happy with the situation and we shouldn't take it for granted. Anything can happen."