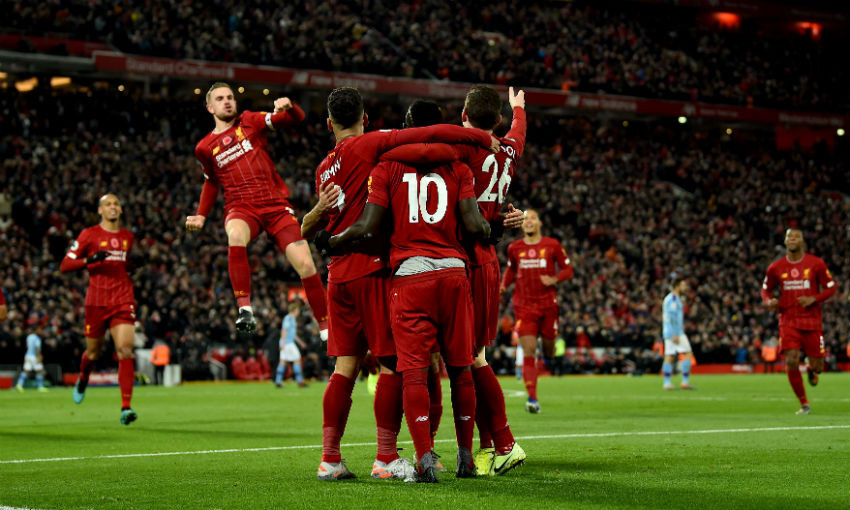 Georginio Wijnaldum was left delighted after Liverpool once again showcased their unyielding resilience in beating Manchester City 3-1 at Anfield.

The Reds made it 34 points from a possible 36 in the Premier League this season by defeating the side that pipped them to the title last term on Sunday.

A long-range missile from the right foot of Fabinho and Mohamed Salah’s expertly guided header put Jürgen Klopp’s team two goals to the good inside the opening 13 minutes, before Sadio Mane stooped to nod in a third early in the second half.

Pep Guardiola’s visitors responded strongly and pulled one back through Bernardo Silva late on, but Liverpool stood firm in the face of sustained pressure to ensure they head into the international break with an eight-point lead at the top of the table.

“What a game!” began Wijnaldum’s post-match analysis with Liverpoolfc.com.

“I think the way the game started was quite difficult - they play a long ball to the right side and I think they ended up with two corners, so at that moment you have to be awake immediately because otherwise you can concede a goal. But I think we did it quite well and next to that it was quite wild and hectic!

“But after the first couple of minutes I think we played good football [and] scored two goals. In the second half we came out of the dressing room, started good and scored another one.

“It was 3-0 and then at the end, because we were tired, it was a little bit difficult and they were getting better in the game and this resulted in one goal for them. But at the end we played a very good game.

“They just grew in the game [after Liverpool’s flying start] and we tried to stop them with all we had.

“That’s what we did but you could still see that they have a lot of quality, so we did everything but sometimes they still came through our press.

“That’s the kind of team we were playing against today but I think overall we did a tremendous job by playing the way we played in there and we can be proud of ourselves.” 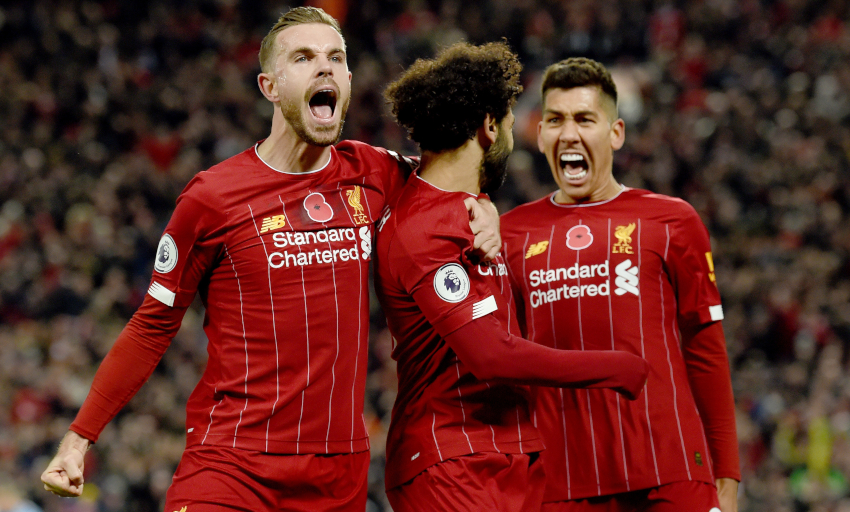 Wijnaldum, a tireless and authoritative presence in the Reds’ midfield throughout Sunday’s contest, agreed that the belief within the European champions’ dressing room is growing with each passing week.

“Yeah, [with] the way we’re getting the results, with going behind and still managing to win the games,” the Dutchman stated.

“Look at last week when we played Aston Villa away, I think everybody thought we might lose the game or draw but we managed to win the game at the end.

There is, though, no chance of complacency creeping in, despite Liverpool’s commanding advantage in the standings.

Wijnaldum concluded: “It’s always good if you have a gap between the teams behind you [but] you can see with last season that it means nothing because if you don’t perform and get the results you need to get, they can close the gap really quick

“So what we have to do is just focus game by game and give our all and then at the end of the season we will see where we are. But I think we just have to enjoy the moment we are in now, because we worked hard for it, and try to carry on.”