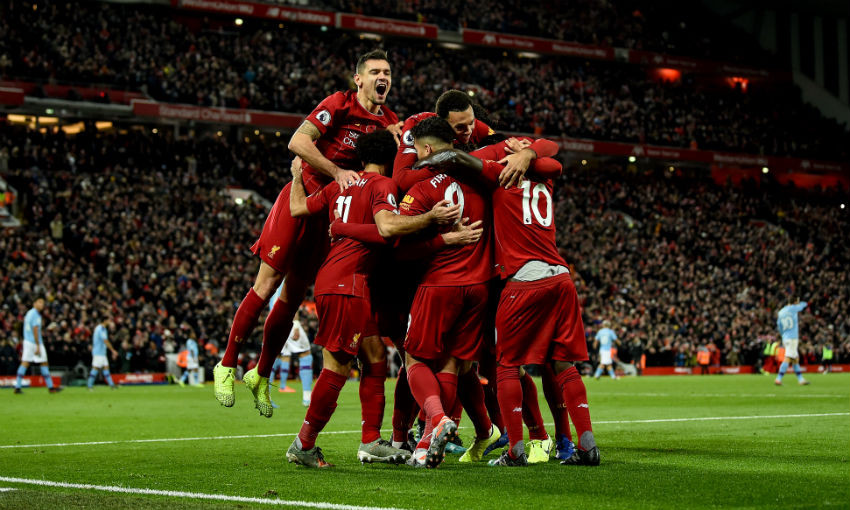 Trent Alexander-Arnold and Andy Robertson took great satisfaction in a 'massive' 3-1 victory over Manchester City, but stressed Liverpool will retain perspective about the huge amount of work that remains.

The Reds enter the November international break eight points clear at the top of the Premier League after goals from Fabinho, Mohamed Salah and Sadio Mane saw the reigning champions beaten at Anfield.

While affording themselves time to enjoy the win over Pep Guardiola's side, the pair were quick to point out plenty of hurdles lie ahead.

"We're on a good run of form and still unbeaten, which is what we want," Alexander-Arnold told Sky Sports post-match. "We want to keep picking up the three points.

"We know at home we've got the advantage with the fans and that, so every time we're here we want to pick up the three points and feel as though we should.

"For us it's about keeping that momentum up, it's not about how other teams feel. We're just focused on ourselves and picking up as many points as possible.

"Obviously we picked up a lot of points last season and it still wasn't enough, so we know that we're going to have to get in and around the same kind of numbers to hopefully come away with a bit of silverware.

"But it's still early doors and we know there's still a long way to go."

Robertson added: "We just need to keep going game by game. As boring as it is and fans probably want to hear something different, but that's exactly what we have to do - it worked well for us last year and so far this year.

"It's perspective - we've beat Man City at home and it's a big result for us but we still need to keep going.

"After the international break it's the toughest period over Christmas and then we'll see where we are after that busy period."

The full-back duo sensationally combined to help set up Liverpool's second goal of the afternoon when Salah headed in beyond Claudio Bravo after 13 minutes.

"I knew if I could put it in there then one of them would hopefully get on the end of it. I'm delighted for Mo to get his head on it and put it in.

"We're just delighted to contribute and defensively I think we were very solid as well today."