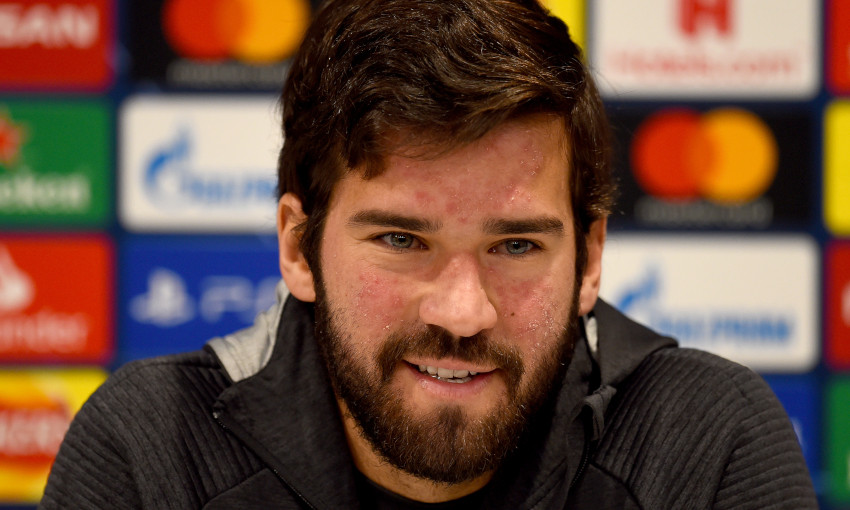 The goalkeeper has not featured in a Champions League tie at Liverpool’s home stadium since the drama of the 4-0 win over Barcelona in last season’s semi-finals.

But, having returned last month from an enforced lay-off due to a calf injury, Alisson is set to be between the posts for the visit of Genk this evening.

And with Group E still an open race at its halfway stage, the No.1 wants the Reds to put on a performance to match the occasion.

“European nights are always special,” the Brazilian told Liverpoolfc.com ahead of the clash. “The atmosphere here is always incredible and we show in every game what we can do here.

“We showed it last season with big moments, like against Napoli and against Barcelona. We showed how strong we are here at home.”

Liverpool claimed an impressive 4-1 win at Genk a fortnight ago to strengthen their ambitions of qualifying from the section to the knockout rounds.

The hosts were in that game until Alex Oxlade-Chamberlain’s second goal of the night shortly before the hour mark, though, including a disallowed equaliser in the first half.

Alisson saw enough in Belgium to know the Reds cannot allow their level to drop tonight.

“We know what we need to do,” said the stopper. “We know if we don’t come into the game 100 per cent concentrated, if we aren’t fully in the game, you can have problems with Genk – and with every opponent.

“So we need to be 100 per cent focused to win the three points that we need.”

Jürgen Klopp’s side head into the clash on the back of successive come-from-behind Premier League wins, which sandwiched the thrilling Carabao Cup defeat of Arsenal.

Alisson revealed confidence has been raised by the Reds’ recent run of form but reiterated his message in the pre-match press conference: improvements are possible and necessary.

“Everyone is really excited about the things we did in the last three games,” he added. “We’re in a good run and in a good mood.