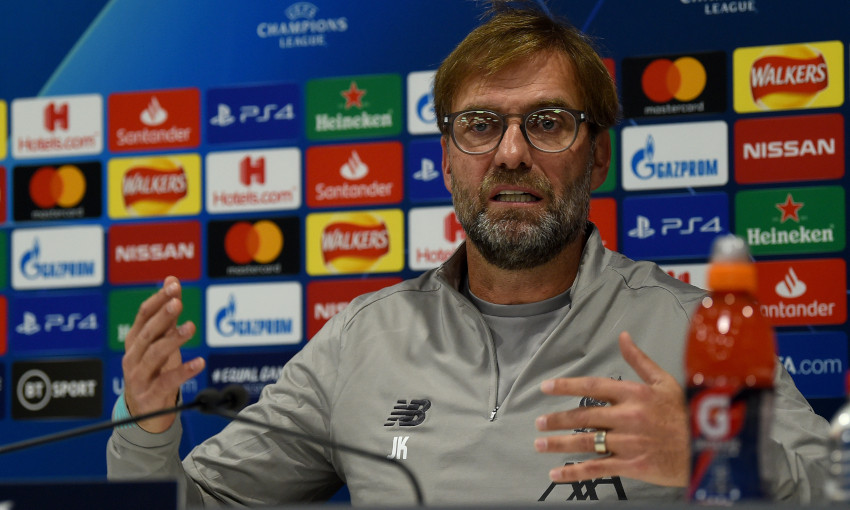 Jürgen Klopp believes every team in the Champions League is capable of delivering a knockout blow to their opponents, but he has no concerns Liverpool will take their eye off the ball against Genk.

Victory for his team would put Klopp’s side another step closer to qualification, but he is well aware of the threat Genk will pose to those hopes given the standard of opposition in the tournament.

He wrote in his column in the official matchday programme: “There is work for us to do tonight and we cannot and must not have our focus anywhere but here. We must be in the moment.

“We saw just how tight the group was last season. The very last kick of the very last group game could have put us out. If you for even half-a-second lose sight of how hard this competition is and how precious each and every point is, trust me, we will not have the experiences like we enjoyed the last couple of seasons.

“A Champions League game, be it group or knockout, is a heavyweight world-title fight every time. Every team you face has the quality to beat you and to knock you to the canvas. These teams don’t just have a puncher’s chance, they are winners with a winner’s approach.

“If you have the wrong attitude or the wrong mindset you will lose. There is no question of this.

“I’m not particularly interested what happens elsewhere in the other groups but I am pretty sure it is the same in all of them. The final answer for group standings will almost certainly go to the last game again.

“I have no worries about our approach tonight because I know this team and this club is streetwise enough to know what is needed. We have that institutional knowledge ingrained in us that a Champions League night, be it at Anfield or away, is an occasion to relish and respect. As a club we don’t take these nights for granted and that must show in our performance.

“And by ‘our performance’ I mean all of us. Players, management, staff and supporters. We all come here and show our best face.

“Genk absolutely will – so if we don’t, we risk our future in a competition we are in love with. If last season taught us anything it is that the European Cup isn’t just won on the night of the final. It is won in each and every minute you play in the tournament.”