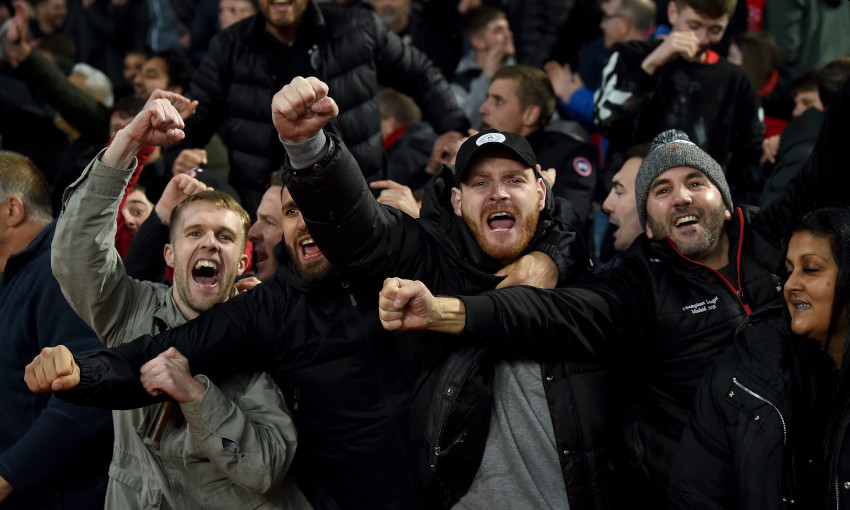 Liverpool scored two goals in the final moments to claim a vital 2-1 victory at Aston Villa on Saturday - and you can now take a look at events from a unique angle with our behind-the-scenes footage from Villa Park.

Trezeguet had rewarded a spirited performance from the hosts with the game's only goal as the clock ticked into the 87th minute.

However, the Reds were finally level when Andy Robertson bulleted in a close-range header from Sadio Mane's centre.

And Jürgen Klopp's side weren't finished there, either.

In the fourth minute of stoppage-time, Mane glanced a Trent Alexander-Arnold corner across goal and into the far corner to claim a last-gasp winner and maintain Liverpool's six-point lead at the Premier League's summit.

Much like our popular Inside Anfield series, we had a camera roaming around Villa Park throughout the afternoon to capture the things you didn't see and those you did from a different perspective.

See our footage in the video below now.