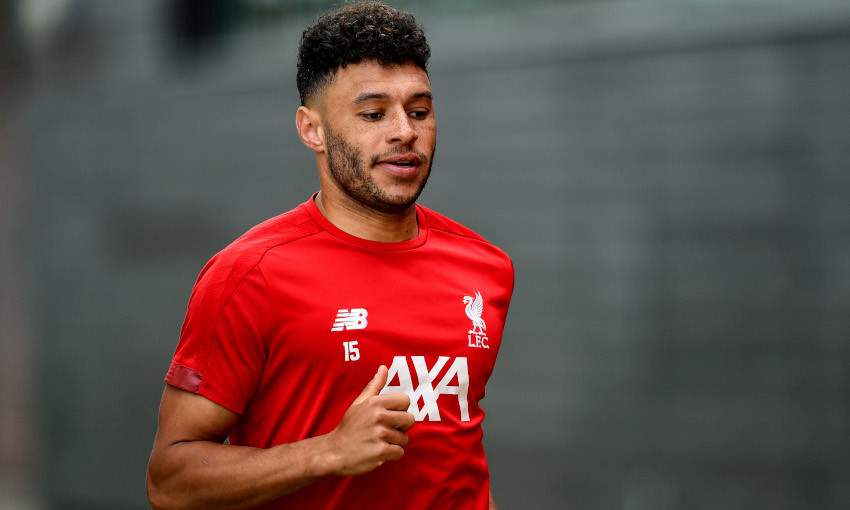 Pepijn Lijnders is confident the influence of Alex Oxlade-Chamberlain and Naby Keita on Liverpool’s fortunes will only enhance as they continue to build up to their peak conditions.

The pair were exceptional in the Reds’ 4-1 victory over Genk in Belgium last week, with Oxlade-Chamberlain grabbing a brace of goals in the Champions League tie.

And with games coming thick and fast for Liverpool over the next few months, Lijnders expects the duo to make even more telling contributions for the side.

The assistant manager told reporters at Melwood on Tuesday: “In the start of the season, we had not as many games and could create a real stability around the team and many times keep, not the same XI but the same core group.

“You saw already what it did for Ox by playing not game after game in how he contributed in Genk. That’s why it’s really important.

“As I’ve said before, from the bench we want players who can come in and really make an impact and so far we’ve had that. We want to keep that. By making a bigger impact in games, they need rhythm, they need consistency and it is a perfect moment again to change a few things.”

A hip issue sustained prior to the UEFA Super Cup final against Chelsea in Istanbul in August has restricted Keita to just five appearances so far this term.

Meanwhile, after a long-term injury, Oxlade-Chamberlain made a first Premier League start in 16 months against Southampton earlier this campaign, one of five occasions he has been named in Jürgen Klopp’s XI in 2019-20.

Lijnders explained why both players still require time to get back to their very best.

“Ox of course is a very sad story with the injury, he was very important for us just before [it happened], as everybody knows,” he said. “We want to give him time and we know it will come.

“If he keeps his aggression offensively and defensively, [we know] how he can play – that real offensive aggression – then everything will come, but that needs time after an injury like that.

“We’ve saw glimpses already and we’ve saw really good phases and for him – and he said it himself – he wants to do it now for 95 minutes and two times 95 minutes. That will be the next step, but he’s very important for us because he gives us a completely different dynamic to create.

“Naby was unlucky with his injury this season. A first year at a club like Liverpool with a new style in the Premier League, we all know that takes time, but we can all see what a magnificent player he is and what he can do to our team.

“Especially in how to bring the ball into the final third and how to disorganise opposition. It is important for both, like every single player, to stay fit and gain regularity and gain consistency.”