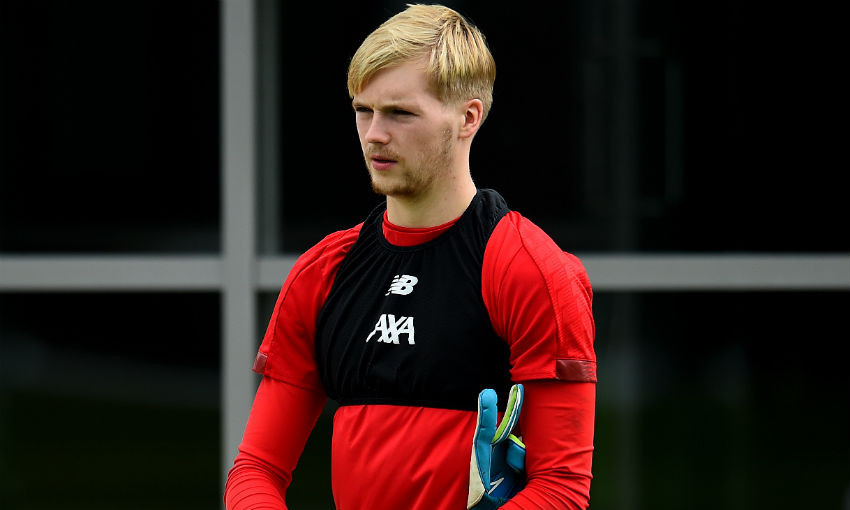 Caoimhin Kelleher is in line to start Liverpool's Carabao Cup fourth-round tie with Arsenal on Wednesday, but the Reds will continue to be without Joel Matip and Xherdan Shaqiri.

Kelleher made his competitive senior debut in last month's victory at Milton Keynes Dons in the previous stage of the competition, with Pepijn Lijnders revealing the goalkeeper is set to keep his place in the side.

Lijnders told Liverpoolfc.com: "In this League Cup, it is Caoimhin's competition. As I said before the MK Dons game, with youth development, with these moments when they are in between the U23s and the first team, consistency is very important."

Liverpool will continue to take a cautious approach with Matip's knee injury, while a calf issue will see Shaqiri remain sidelined until next month.

"Shaq will only be back after the international break," the assistant manager added.

"We want to give him the time. With a calf injury it is always very high risk, especially with his calves.

"Joel's knee is still irritated – we need to give him time. I don't know the exact time he will need but it will really need time to heal."

Mohamed Salah, however, is 'fine' according to Lijnders, despite the Egyptian being withdrawn late on in Sunday's win over Tottenham Hotspur.

Aside from long-term absentee Nathaniel Clyne, the Reds have no other injury concerns, although Ki-Jana Hoever is away with the Netherlands at the FIFA U17 World Cup.

Lijnders also indicated Liverpool will field a "hungry and fresh" line-up against Arsenal, with Harvey Elliott part of the squad.

The Dutchman continued: "I think our squad is not big but it doesn't make sense and it would really not be intelligent to make it even smaller by not using its strength, and one of its strengths in my opinion is the power of the youth with experience. That mixture can bring amazing processes."

Reiss Nelson continues to be unavailable with the knee ligament injury he sustained at the start of the month, but Mesut Ozil could make his first appearance for the Gunners since September and captain the side.

"Tomorrow he is in the group," Emery said of the midfielder. "We need his quality, his skill. We need his consistency. We need his positive mentality. Then we need him to help us on the pitch."

On Wednesday's encounter, the Spaniard added: "Each match in this competition can be different, and tomorrow is one very good opportunity for us.

"We will be thinking that the Carabao Cup is important and it's an opportunity for us to recover confidence and our way.

"It's not important what players they have on the pitch because we need every player and tomorrow we are going to have the possibility to play some different players from Sunday."