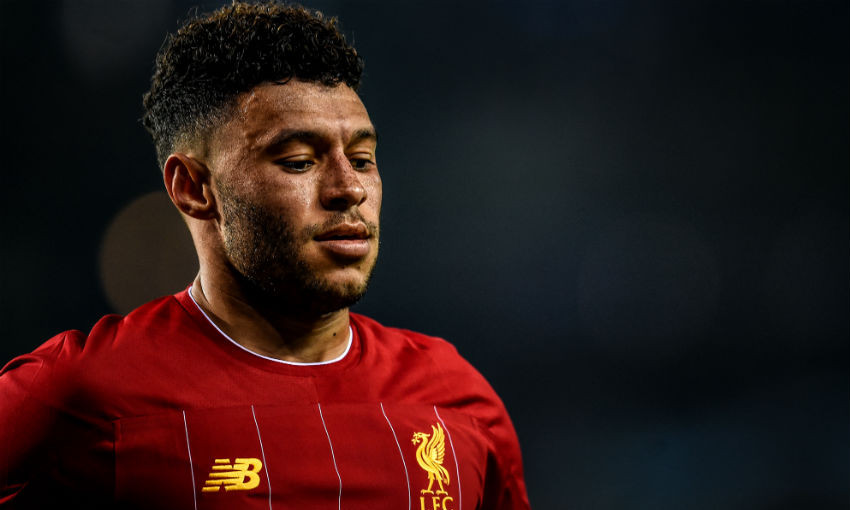 Alex Oxlade-Chamberlain is confident he can raise his levels even more after his eye-catching display against Genk in midweek.

The midfielder marked his first Champions League appearance in nearly 18 months with two goals and a Man of the Match performance in the 4-1 victory in Belgium.

The No.15 is determined to capitalise on the opportunities handed to him by Jürgen Klopp, having spent so long on the sidelines with the serious knee injury sustained in April 2018.

Nice to get a couple of goals tonight ⚽️ good win in the end but still work to do. Shout out to the travelling fans… https://t.co/9p7askrwwt

He told Liverpoolfc.com: "With games comes more match fitness. If you get a string together consistently, you'll get fitter and just be able to push that little bit further.

"I feel like that I'm definitely fit enough and I'm in a good place where I can go and affect the game.

"Whether I'm at my absolute best, I don't know yet. I'm sure with more games and more minutes that will keep coming.

"You've got to make sure you're ready. I've just got to make sure I keep training as hard as I can. When I get chances to play I try to put in a good shift and keep progressing, and the fitness will come.

"Whether I'm 100 per cent, I feel good enough, but you never quite know your limits. The more you play, you sort of go into different gears that you didn't know you had.

"I'm sure there is more to come, there needs to be, so I'll keep working towards that."

Oxlade-Chamberlain opened the scoring at Genk inside two minutes before then making it 2-0 with an exquisite effort that received a nomination for Champions League Goal of the Week.

The 26-year-old was informed after the game there's a specific term used to describe such a finish.

Video: Every angle of Ox's stunning goal against Genk

He continued: "I just had an interview with a German reporter then and he said it was a 'Lupfer'. I'll have to check that with the gaffer!

"It was a nice finish in the end and it's nice to know I've got a 'Lupfer' in the armoury now, I'll have to bring that one out again.

"It was a set-back from Bobby and it was a bit quicker than I would have liked for the first-time shot.

"I thought I had to kind of guide it and didn't trust the left peg, so I went for the outside of the right and of course just 'Lupfered' it!

"They don't always come off. A lot of the time they'll be going over the road at Melwood into someone's garden! It's nice to see it go in."