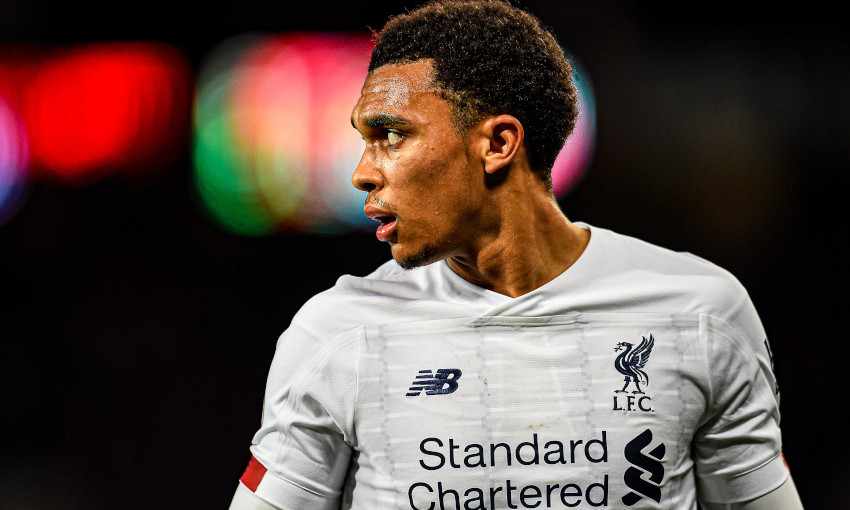 Jürgen Klopp has offered an update on the reasons why Trent Alexander-Arnold and Joel Matip have missed Liverpool's Champions League trip to Genk.

Alexander-Arnold has a virus while Matip has a sore knee, meaning both players were not part of the 19-man squad that departed John Lennon Airport for Belgium this afternoon.

Klopp told Liverpoolfc.com onboard the team plane: “Trent is ill and Joel is not ready.

“It is just a little thing which usually settles in the two weeks [Matip] had; it did, but then it came up after the United game and so now we just have to make sure this time it settles finally, that’s all. It is not a massive injury, it’s just a bit annoying for him and he cannot do it [face Genk].

“Trent got ill overnight; hopefully he can recover quickly, but for tomorrow there was no chance.”

Liverpool’s squad has been bolstered by the presence of Mohamed Salah, however.

The Egyptian sat out Sunday’s 1-1 draw at Manchester United with an ankle issue, but has travelled to Genk for the Group E encounter.

“It’s absolutely good to have him back,” Klopp continued. “The squad is cool, it’s a good squad, everything is OK, but that’s all.”