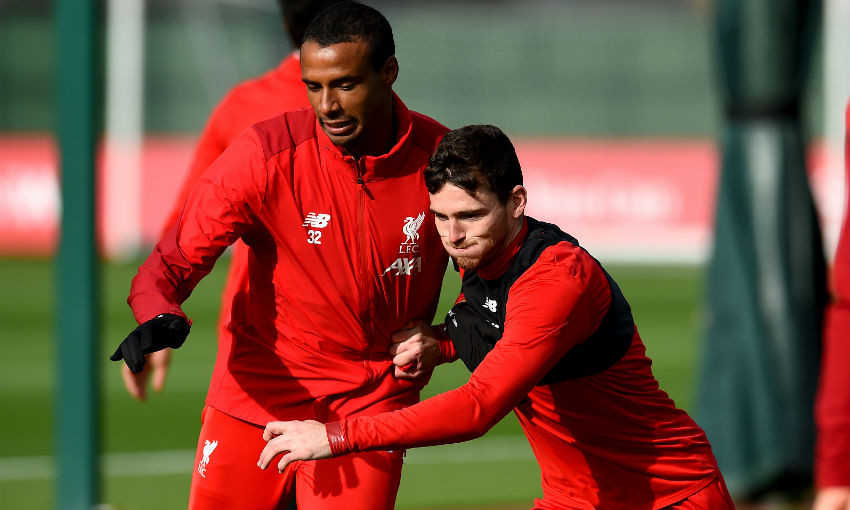 Joel Matip has sensed the excitement about the trip to Manchester United for some time now and wants Liverpool to capitalise on another 'opportunity' in the Premier League.

The Reds are back in action after the international break and travel to Old Trafford looking to maintain their 100 per cent start to the domestic campaign.

Despite the high-profile nature of a fixture between England's two most successful clubs, Matip insists the squad are solely focused on securing the three points on offer.

The centre-half told Liverpoolfc.com: "The two games against United are kind of the biggest games for Liverpool supporters and you feel this in the week before or maybe in the two weeks before.

"We have to be ready to get the opportunity. We are focused every game but I think for everybody it's also a special game.

"Both teams want to win and they have a different point of view for the game, but it doesn't matter how it looks for them.

"We only concentrate on our things and we want to win and that's the most important point."

Liverpool are currently the team to match as they sit at the summit of the top flight.

Matip, however, is keen to stress that no attention is being paid towards the league standings within the dressing room.

He continued: "You always want to be in front but it's only the beginning of the season and it's better to be on the top at the end!

"Only the next game counts and this is how we have to work. This is the only way to have success.

"We are concentrated on us and there are so many good teams. [Manchester] City showed this over the last few years, they are so strong over the whole season. So you never can relax and you always have to be 100 per cent there to get the next win.

"There is no time to relax, you always have to be focused. There's no time for a break."