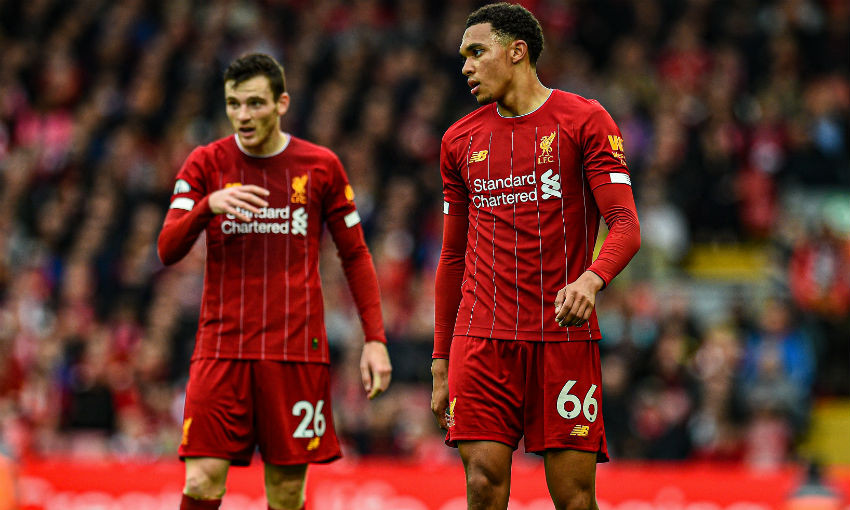 Trent Alexander-Arnold is quick to point out the productivity of Liverpool's full-backs in the final third of the pitch is down to a collective effort.

Alexander-Arnold's 12 top-flight assists last season was the highest amount ever recorded by a defender in a single Premier League campaign.

With Andy Robertson trailing one behind that total, it was the first time in Premier League history that two defenders from the same team had each registered double-digit assists in a season.

Such attacking output has continued in 2019-20, and Alexander-Arnold believes it's only possible because of the license given by manager Jürgen Klopp and selfless attitude of his teammates.

The No.66 told Premier League Productions: "It's good to be able to help the team with creating chances and wanting to give good service to the attackers to go and score goals.

"The midfield help us out a lot by covering us and allowing us to get forward.

"It's a team effort and the lads are in the box all the time to be able to put the chances away."