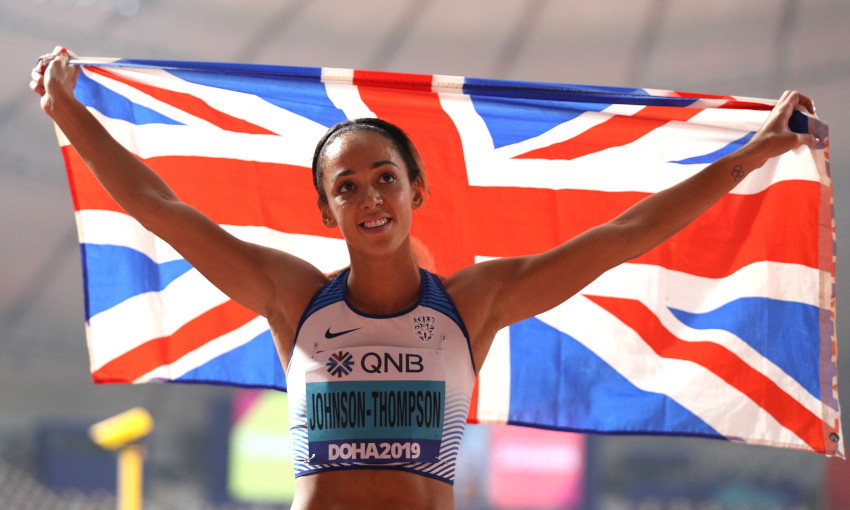 Jürgen Klopp paid special tribute to Katarina Johnson-Thompson after the Liverpool fan won gold in the heptathlon at the World Athletics Championships.

Johnson-Thompson secured the medal in Doha on Thursday night with a British-record total of 6,981 points from the competition’s seven events.

At his pre-Leicester City press conference on Friday, Klopp was asked for his reaction to the Scouser’s achievements.

He replied: “I am a big supporter of these kinds of sports anyway – congratulations, brilliant! I knew about her relationship to Liverpool before obviously.

“I didn’t watch it last night but I saw it this morning first thing in the newspapers. It’s really great – well, well done. The German headlines are not too bad as well because the guy who won the [decathlon] competition is from Mainz, a 21-year-old [Niklas Kaul].

Johnson-Thompson at the Champions League final in Madrid

Having been told Johnson-Thompson referenced Liverpool’s Champions League comeback against Barcelona in May as inspiration for her victory, Klopp was asked if he uses any sporting accomplishments for personal motivation.

“Our Barcelona game as well, to be honest! It was, for me, the standout moment in the last months,” he laughed.

“I studied sports science, we did a lot of sports there and we had to do a decathlon – I couldn’t have more respect for what they do, it is so focused.

“We can get a lot out of these things, it’s not that you really use it but as sports people you watch these things when you have time for it. You see how they deal with setbacks in the competition, how they bounce back in the next one, how they stay calm when they know a part is not their best skill and they have to be calm because they’re better in the thousand metre run or whatever. Stay focused, use your skills, respect your weaknesses, work on that, but don’t get nervous because of them.

“So many things you can take from these people, it’s just incredible. I really love it; the Olympic Games, world championships, live athletics, I usually watch, but this time I had to sleep while they were happening.”