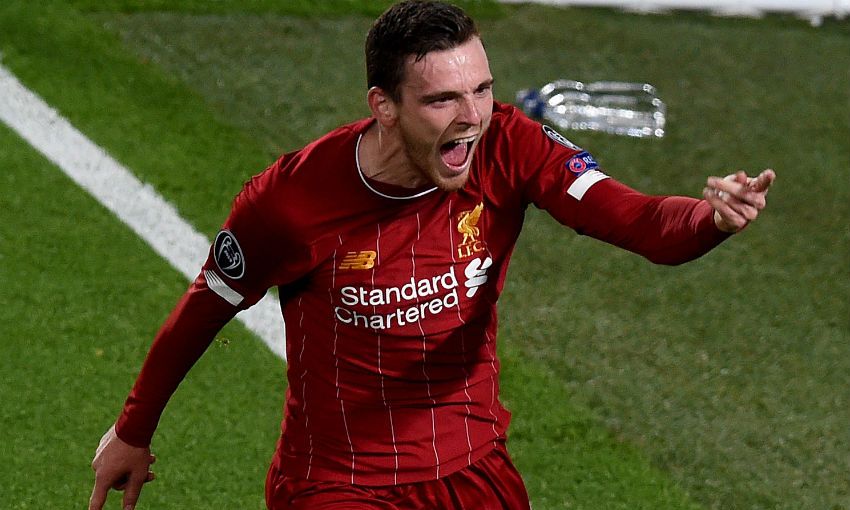 ‘A nice one’ was Andy Robertson’s modest description of his first goal of the season following Liverpool’s dramatic 4-3 win over Salzburg.

The left-back’s classy 25th-minute strike was sandwiched by Sadio Mane’s opener and Mohamed Salah’s close-range finish as the Reds raced into a three-goal lead in Wednesday’s Champions League Group E game at Anfield.

Salzburg were back on terms by the hour mark, however, thanks to Hwang Hee-Chan, Takumi Minamino and Erling Haaland.

But the European champions responded to that setback and claimed a vital victory courtesy of Salah’s clinical Kop-end finish.

Robertson’s was arguably the pick of the seven goals, though, the Scotland captain bursting in-field and feeding Jordan Henderson before continuing his run as the captain played in Trent Alexander-Arnold down the right. 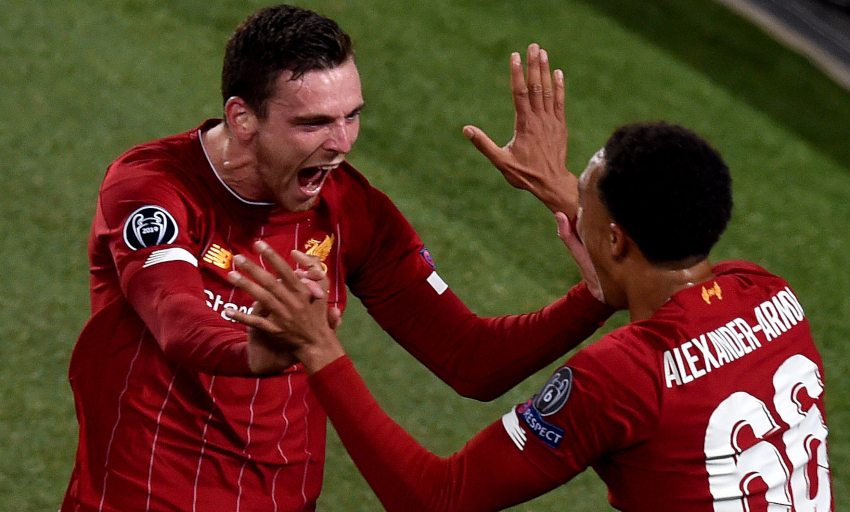 “It was a nice one to be fair! I quite enjoyed it!” the No.26 told Liverpoolfc.com.

“Running front stick, being the furthest man up the pitch, that’s not usually me but I think I started it and cut into Hendo and then look, I know what Trent’s delivery’s like and I knew that nine out of 10 are pinpoint accurate.

“I knew if I could get in front of the defender then I had a chance and it was just about making a clean connection. Luckily I did it and it’s the first goal of the season, obviously the first one in the Champions League. I hope to add more this season and hopefully it’s the first of a couple I get.”

When asked to describe his overriding emotion after a helter-skelter match, Robertson replied: “It’s a tough one to put your finger on.

“You’ve got three points in the Champions League and that’s not easy to do against whoever you’re playing. Salzburg are a good team but we have to be disappointed with probably the last 60 minutes of how we played.

“We allowed them back into it and we don’t usually do that, especially at home. We’re very good at killing off teams and when we’re 3-0 up we then control the game, which we never done.

“We got a bit complacent, we started giving passes away where we shouldn’t have, started getting a bit sloppy.

“We need to look at that because that can’t happen, but like I said, we can’t be too negative on ourselves - we got the three points and now this campaign’s up and running for the Champions League.” 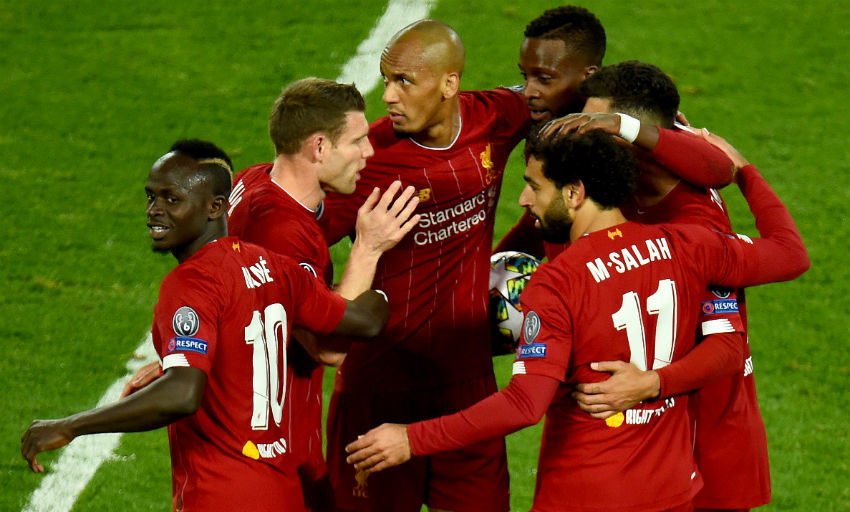 Robertson continued: “Maybe ‘complacent’ is too strong a word for what it was, but we can’t allow that to happen. We’ve had many games here where we’ve rolled teams over and since I’ve been here we’ve never done that.

“Maybe we did start thinking it was too easy, that we could try things, that it was going to be six or seven nil. That’s not the case, we allowed them back into the game, we allowed them chances and to be fair before we got the third goal it was starting to set in.

“Then they get a chance, get a goal and you know what it’s like, they start believing in themselves. They’re a young team, it’s their first year in the Champions League I think and they’ve got no fear.

“They won their first game 6-2 so that shows they’re an attacking team and we knew they’d get chances, but we had to control the game so much better and unfortunately that didn’t happen.

“But we got the win in the end - not many teams would have come back after giving away a three-goal lead to go and win the game. That showed the character and kicked us back into gear again.”

Liverpool now sit a point behind Group E leaders Napoli after two fixtures, with Carlo Ancelotti’s side having been held to a goalless draw by Genk earlier on Wednesday.

Just three points separate the four teams in the pool, and Robertson expects it to remain tight throughout.

“They’ve [Salzburg] run us really close and they could have easily come away with a draw,” he said.

“A lot of people might say the group is ‘straightforward’, that most Champions League groups are, but they never are. We saw that last season.

“Salzburg are a top team, they went far in the Europa League last season and now they’ve taken the step into the Champions League and they’re a very good team.

“Genk got a fantastic draw at home to Napoli and this isn’t going to be an easy group, there’s not really any in the Champions League so we need to be at our best to get through this group and if we are then I believe we will.”