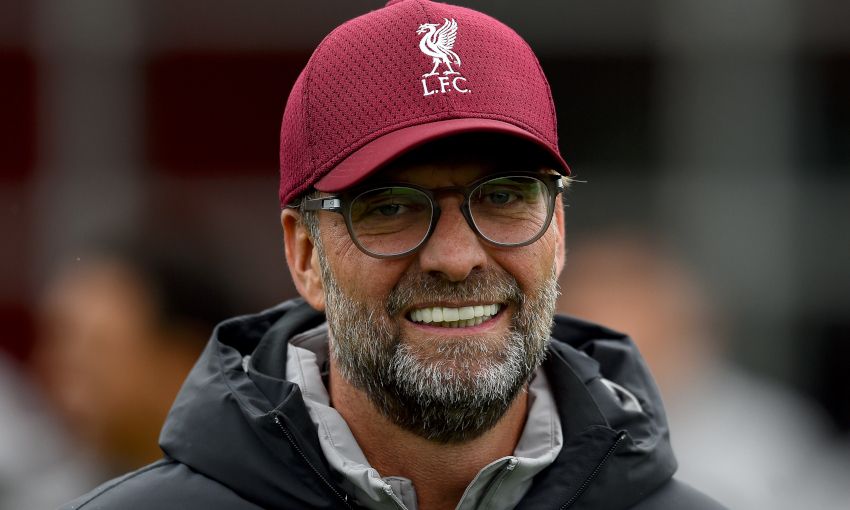 Liverpool will be without Joel Matip and Xherdan Shaqiri for Wednesday night's Champions League meeting with Salzburg.

Jürgen Klopp revealed Matip picked up an injury during Saturday's 1-0 victory at Sheffield United in the Premier League.

Although not deemed to be a serious issue, the Reds are taking a cautious approach with the centre-back's fitness.

Shaqiri, meanwhile, will sit out the Group E encounter at Anfield due to the calf injury he suffered in the build-up to last week's Carabao Cup tie with Milton Keynes Dons.

Previewing the clash with Salzburg at a press conference on Tuesday afternoon, the boss said: "Both not available for tomorrow night.

"Shaq will not be ready for tomorrow, but I don't know exactly how it looks in the moment because he's still in the hands of the medical department.

"With Joel, it's not a big one, but it's big enough that he's not available for tomorrow night. We don't want to [take] any risks and we don't have to take any risks, and that's why he will not be involved."

Alisson Becker is closing in on a return from his calf injury, although Wednesday's match will arrive too soon for the Brazilian goalkeeper.

"The training he is doing, he looks really well. But it was a serious injury and we don't want to take any risks, that's how it is," Klopp continued.

"So for [Salzburg], no chance because he didn't train so far with the team. Then we have to see for Leicester and then the [Manchester] United game probably 100 per cent. But we will see."

For Salzburg, Erling Haaland, the 19-year-old striker who scored a first-half hat-trick against Genk on matchday one, is in contention.

"Erling is healthy and ready for tomorrow," said coach Jesse Marsch at his pre-match press conference.

"He is a big part of our team, he has scored a lot of goals for us this year and is a big threat. The only decision for us is whether he is ready to start or to bring him off the bench."

Antoine Bernede is unavailable with a broken shinbone sustained last week, while stopper Alexander Walke has not appeared at all this season because of a broken metatarsal.