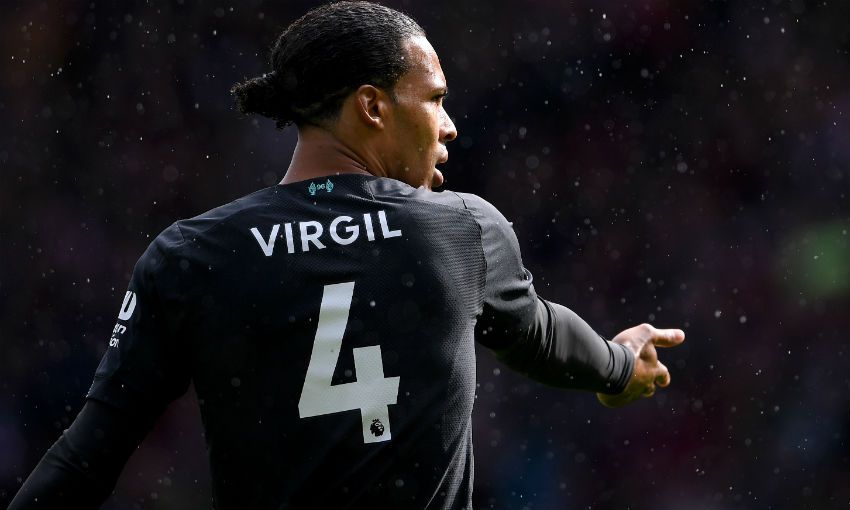 Virgil van Dijk insists Liverpool remain focused on an ongoing short-term goal of winning their next game, not the bigger picture of the Premier League title race.

Saturday’s hard-fought 1-0 victory at Sheffield United extended the Reds’ 100 per cent winning start to the top-flight campaign to seven games.

Van Dijk, though, is non-plussed by those facts and figures.

“It’s the media who love statistics,” said the centre-back.

“The reality is we have nothing at the moment. We want to continue to do well and there’s still plenty of room for improvement.

“It’s far too early [to look at the table]. We’re almost in October and the busy period will come. There are still so many games left and the only thing we focus on is the game ahead of us.

“We don’t want to look at the others because there’s no point doing that. Everyone realises that as well because last season we saw how it turned quickly. We just want to focus on the game ahead of us.”

On the victory at Bramall Lane, which was secured by Georginio Wijnaldum’s 70th-minute volley, Van Dijk continued: “They made it very hard for us and I’m very happy we got the three points.

“We have to win every game, that’s how it is. Everyone knew how tough it would be. It’s a great place to come, passionate fans, a great atmosphere. It was a tough game.

“We have to be confident, you have to think you’re going to win every game otherwise you might as well stay at home.

“We have the quality, we have the players. We’ll take this, recover and then prepare for Salzburg.”