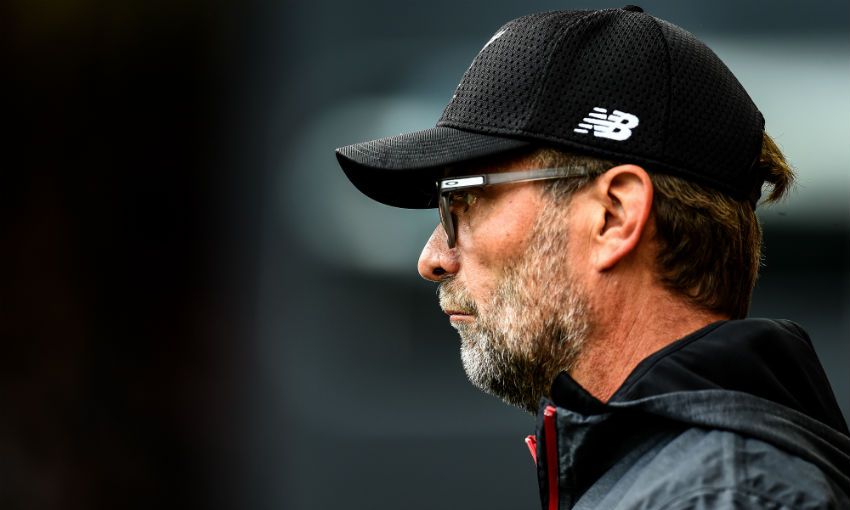 Jürgen Klopp has broken down the tactical switch he made that helped see Liverpool beat Sheffield United in the Premier League on Saturday.

Chris Wilder's newly-promoted side frustrated the Reds for more than two-thirds of the Bramall Lane contest until Georginio Wijnaldum scored the only goal of the game with the visitors' first shot on target.

Analysing that decision, the boss told Liverpoolfc.com: "We changed before the goal and maybe that was lucky as well. Div was involved in the goal. We wanted to have it there, we needed to have players in between the lines.

"The midfielders didn't get that there really, so Gini and Hendo didn't come in the No.10 position next to Bobby.

"So, it was too often that we just passed to the full-back and the positioning in the box wasn't right for a cross.

"We wanted to have Bobby in between the lines and still offensive wings, so that's what we did with Div, Mo in the centre.

"That's how we scored the goal, not exactly with all involved, but in a situation like that, so all good."

He added: "Winning a game is always satisfying, I don't want to compare them – they're all good.

"We won a couple of games in a row and coming here it probably looked for a lot of people like a banana skin after 20, 25 minutes. But we stayed in the game, stayed concentrated and won it. All good."