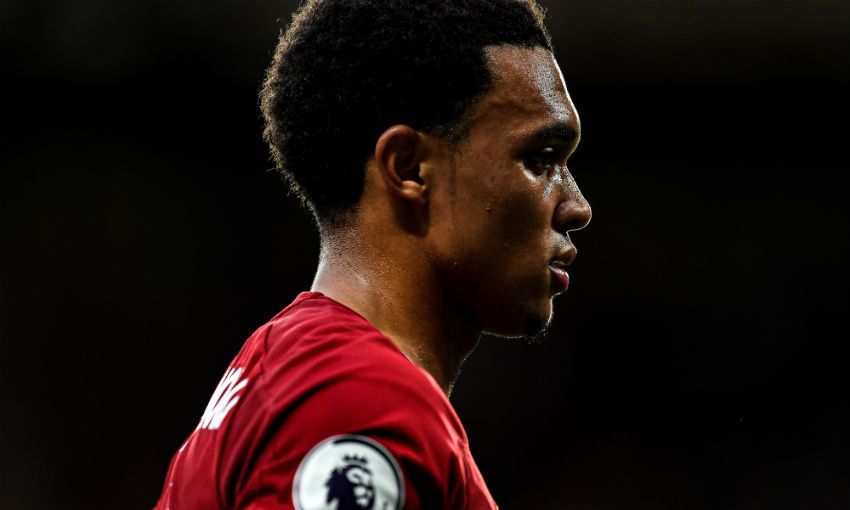 Trent Alexander-Arnold outlined Liverpool's ambition to add to their outstanding run of consecutive victories in the Premier League.

Sunday's 2-1 win over Chelsea at Stamford Bridge means Jürgen Klopp's side have won each of their last 15 fixtures in the top flight to continue improving on their ongoing club record.

But Alexander-Arnold has revealed the intense determination within the dressing room to set new benchmarks as the Reds side sit five points clear at the top of the table.

The No.66 told Liverpoolfc.com: "Why not? We are capable of doing it. We are a strong enough side and we've got the squad depth that we need.

"Players can come in, come out and rotate, so we are showing how good a side we are, how good a squad we are. And as a club this is where we need to be.

"Obviously 15 wins in a row is something to be proud of, but we know we need to keep on going and keep pushing ourselves even further."

He added: "Stamford Bridge is one of the toughest places to come during the season and it's hard to say how much it means to us.

"It's a massive win, we've dug in really deep there at the end and the last half an hour was really tough for us. But we were prepared and we were ready.

"Adrian made some world-class saves and we've been able to defend really well. Obviously we conceded a goal, which was a disappointment, but three points is all that matters to us."

Alexander-Arnold believes the manner in which Sunday's substitutes celebrated the goals in the capital means every member of the squad is ready to be utilised during this busy part of the campaign.

"It's all about the mentality of the team," the right-back concluded.

"A lot of players will be disappointed that they haven't had that much game time so far this season. But the fixtures are coming thick and fast now over the next few months and there will be opportunities for everyone.

"We are just trying to stay as fit as possible and be relentless as possible to carry on winning and competing on all fronts."