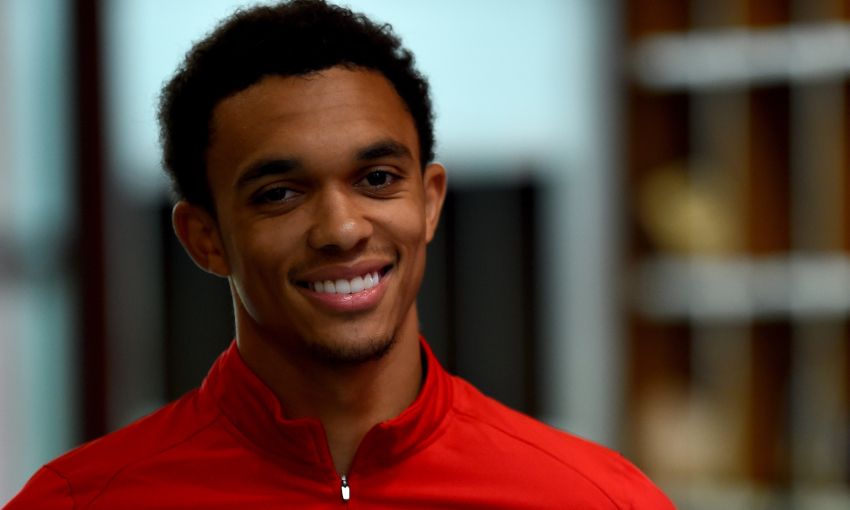 Scoring goals in addition to creating them is one of Trent Alexander-Arnold's current objectives for further improvement.

The Liverpool No.66 set a new Premier League record for assists in a single season by a defender in 2018-19 as he laid on a dozen for his teammates.

It was Alexander-Arnold’s split-second thinking from a corner that set up Divock Origi to seal the Champions League semi-final comeback against Barcelona too, of course.

He has scored four himself for the club in his 93 appearances to date, with the last coming from a stunning free-kick at Watford 10 months ago.

The Scouser is eager to improve that statistic as he identifies new ways to continue his accelerated development in recent years.

“Scoring more goals is something I’d like to improve,” Alexander-Arnold told the Daily Mail.

“The modern-day full-back needs to be so attacking, needs to offer a lot to the side, whether that be chances created, assists, passes, through balls. Why not take it a step further and add four or five goals in to help the team?”

The 20-year-old does not want that target for goals to be detrimental to his defensive duties, however, and highlighted two role models for finding the ideal balance.

“When I was studying full-backs it was always Philipp Lahm and Dani Alves,” he explained.

“For me, it’s Alves. He’s a really attacking aggressive player, solid in his defensive duties but really good attacking-wise, almost like a winger, makes things happen.

“Our analysts would clip together Alves’ best work of the season for me to study. Positional stuff, decision-making, runs. I focused more on Lahm defensively and Alves in the attacking sense.

“I enjoy the attacking side of being a full-back more but I understand that the defensive side is more important. Without a solid foundation, you are going to have to outscore teams 5-4, 4-3 and we don’t want that.

“I know I’m still learning. I feel as though there are times where maybe in a game I will do something good and think to myself that last season I wouldn’t have been in that position to do that.

“I feel as though I am respected within the changing room now. Respect is something that needs to be earned, not just handed out.

“I was a shy lad who didn’t really speak and just wanted to play football. Now I’ll go in and have banter with the boys, we’ll talk about things, discuss the game, how things are in everyday life.

“And feeling a bit more of a role within the squad and the team and trying to embrace that and learn from the senior players around me who are elite professionals and try to become what they are.” 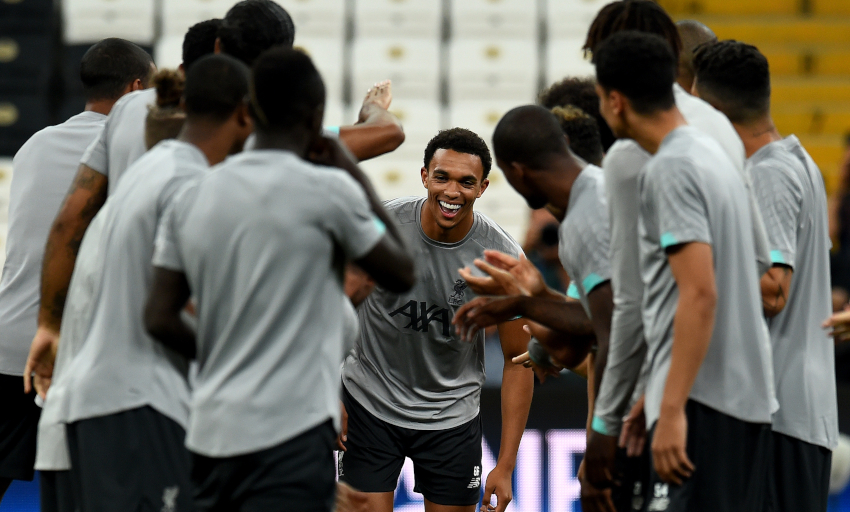 Alexander-Arnold was part of the Reds side that recovered from the heartbreak of losing the 2018 Champions League final to Real Madrid by winning the competition at the next opportunity.

Similarly, Jürgen Klopp’s men have made an impressive start to their latest Premier League title quest having missed out to Manchester City last term despite collecting 97 points.

Alexander-Arnold feels Liverpool learned from their rivals throughout both experiences.

“When you come so, so close to winning something, it can go one of two ways. It can haunt you and leave bad memories or you can use it as motivation,” he said.

“The best example is what happened to us in the Champions League final in Kiev in 2018, when we lost to Real Madrid, and what happened last season.

“I’m sure we picked up things from how City won last year. They showed us how winning’s done. They were relentless.

“It’s something we talked about straight away after the end of last season. It’s motivation not to feel that again.”