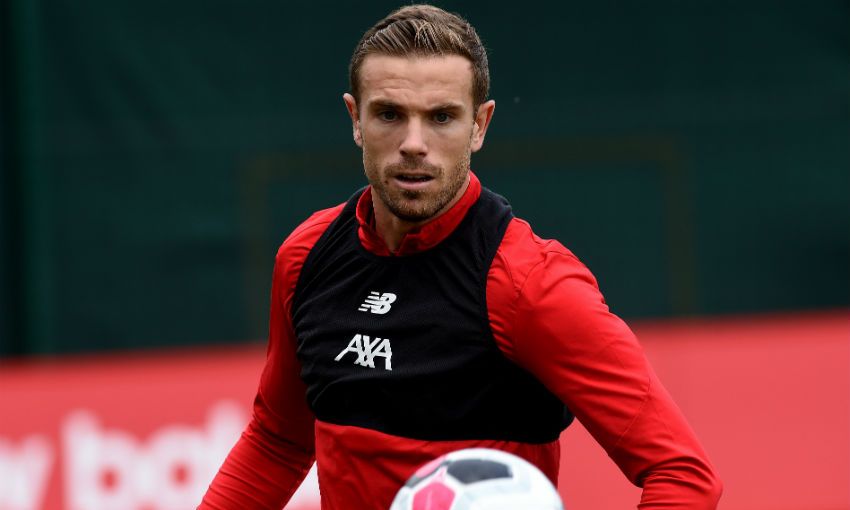 Liverpool are simply unable to rest on their laurels because of the high standards demanded by Jürgen Klopp on a daily basis, Jordan Henderson has revealed.

The Reds have followed up their Champions League triumph from last season with five wins out of five in the start to their 2019-20 Premier League campaign.

And the coaching staff's eagerness to build on that historic night in Madrid is evidenced with the application required in training at Melwood every single day.

"Keeping the focus has been easy because of the people we have around us and the manager," Henderson told Sky Sports.

"The manager is so good at making sure nothing is left untouched in training. If there's anything he doesn't like, he picks up on it straightaway.

"The lads are always wanting to improve, are training hard to be successful and to get to the next level, and we always know there's room for improvement.

"Having the manager on us constantly makes it easy for us to stay concentrated."

Klopp's side head to Stamford Bridge on Sunday to face Chelsea as both teams look to bounce back from European defeats in midweek.

Even though he and his teammates sit clear at the top of the standings, Henderson is keen to continue with a mindset that has served them well.

The captain continued: "Of course we want to win the league and win as many trophies as we can. With the team and the manager that we've got, there's no reason why we can't do that.

"But there's no point in focusing on that. The focus remains the next game. It's been the case for the last few years and it's stood us in good stead so far."