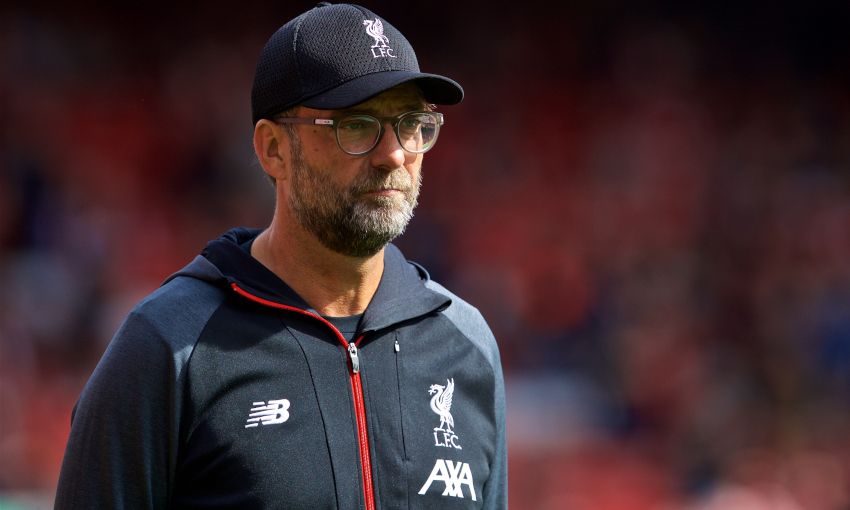 Liverpool's record of one clean sheet in their eight games so far this season is not a result of a change in their defensive approach, according to Jürgen Klopp.

The Reds lead the way in the Premier League with five consecutive wins but the backline has been breached in four of those outings, with the trip to Burnley the exception.

Two late goals in Naples in midweek, meanwhile, meant their defence of the Champions League got under way with a harsh defeat.

Klopp’s men had registered four clean sheets at the same stage of the previous campaign but the manager insisted at his pre-Chelsea press conference that the change is down to circumstances rather than system.

“No, there is no difference. We didn’t focus more on offensive things and forget the defensive things,” he told reporters at Melwood.

“The goals happened completely strangely; there would have been a second clean sheet against Southampton if we don’t concede that goal, there could have been different clean sheets in other games.

“Of course it’s not exactly what we wanted but we don’t collect clean sheets. We want to win football games and we are still early in the season.

“We have to improve and develop and that’s what we want to do. But it’s not because we have a different approach to last year.”

The boss was also asked about the importance of Virgil van Dijk and whether he has concerns about any potential injuries ruling the Dutchman out for a period of time.

“That’s the reason why we have four centre-halves,” replied Klopp.

“It’s not easy for the ‘in the moment number four’ – not playing and sometimes not involved in the squad – but in the moment if something happens, like it was last year, not only one thing happens, a couple of things happen and then you end up with one centre-half and a defensive midfielder, which we did against Bayern.

“We had to play against Bayern in the home game with Fabinho and Matip as centre-halves. So that can happen. Of course, that’s unlucky but we cannot think before an injury about injuries.

“We all need luck to be really successful; injury-wise first and foremost. I can imagine something like that is not easy but the other guys, I have said it a lot of times, from my point of view we have four world-class centre-halves. They can play together in each partnership and hopefully that will be enough for a season, to be honest.”