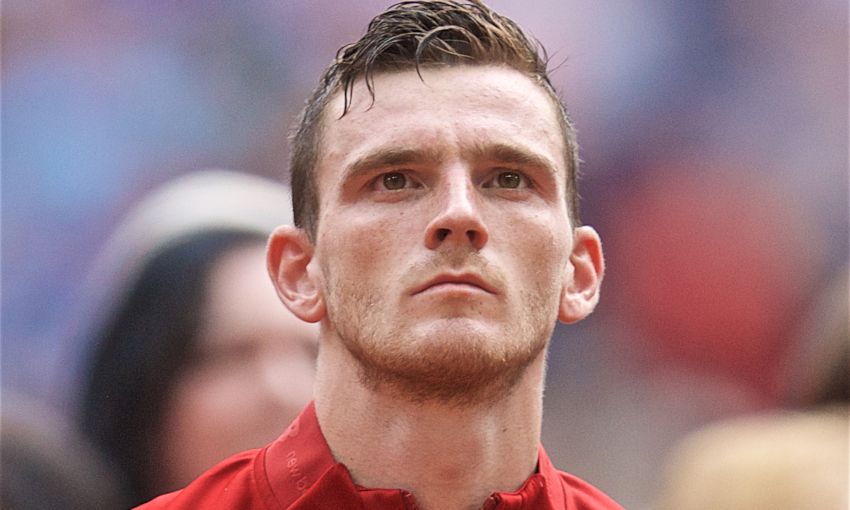 Liverpool must check on the fitness of Andy Robertson for the Champions League clash with Napoli on Tuesday night, while Divock Origi has been ruled out.

Robertson – who was part of the Reds’ 20-man travelling squad – sustained a knock during the 3-1 win over Newcastle United at the weekend.

The left-back will therefore be assessed before a decision is made on his availability for the Group E tie at Stadio San Paolo.

“Robbo didn’t train today and we have to see,” Jürgen Klopp told Liverpoolfc.com on Monday.

“It is not a major thing, it was more precautionary today, but it is not 100 per cent sure [he will be available]. We will have to test it tomorrow and then we will see.”

Origi did not make the journey to Italy, however.

The Belgium international picked up an ankle injury against Newcastle and is likely to be out for a short period of time, the manager confirmed.

“The update on Div is that it is not too serious,” said Klopp.

“We expect him [to be out for] between one and two weeks, but it depends a little bit on when he can deal with the pain. It is nothing really; it’s a feeling, but it should be fine.”

Roberto Firmino could make the 200th appearance of his Liverpool career.

Carlo Ancelotti, meanwhile, reported no new injury concerns during his pre-match press conference on Monday, but forward Arkadiusz Milik is yet to feature this season due to a groin issue.

The Napoli boss believes both sides have improved since they met in last year’s group stage, with the Italian telling the media: “We’re playing the best team in Europe and they haven’t dropped any points in the Premier League yet.

“We mustn’t alter the way we play, regardless of the team I pick. Of course you have to keep the opposition in mind and the defensive side is very important but if you want to win matches you have to impose your game by playing to the strengths of your players.

“Liverpool have improved because winning the Champions League gives you belief. Napoli have improved too, though, and we’ve bolstered our squad with the addition of some quality players. I think it will be a great game – hard fought and intense.”