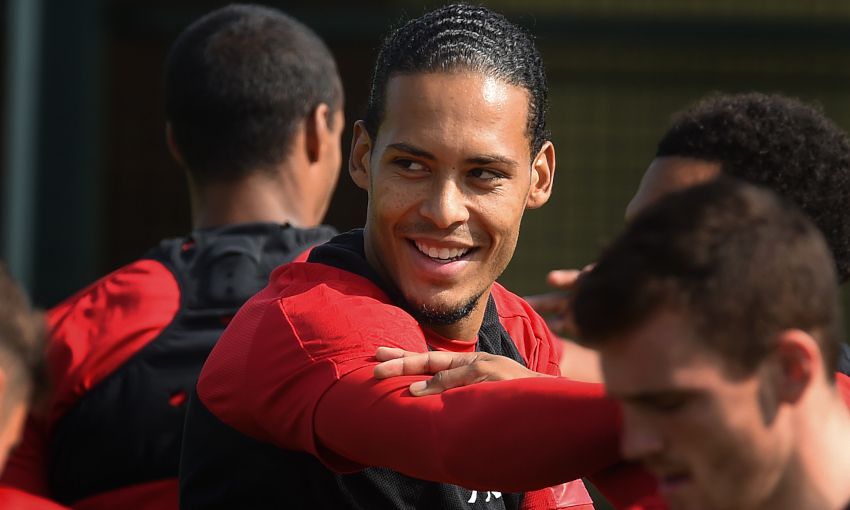 Trophies and individual awards have no influence on Virgil van Dijk's determination to continually improve.

A Champions League winner with Liverpool last season, the centre-back’s impeccable performances were also recognised with the PFA Players’ Player of the Year and Premier League Player of the Season accolades.

Already this term Van Dijk has helped the Reds lift the UEFA Super Cup and, last Thursday, he was named UEFA Men’s Player of the Year for 2018-19 ahead of Lionel Messi and Cristiano Ronaldo.

The No.4 is grateful for those achievements but quickly moves on from each one, insisting he and Liverpool have to ‘start from the bottom’ again as they go after more silverware in 2019-20.

“That’s how it is because that’s the reality. If we all keep that in our minds then we should be fine.”

Jürgen Klopp coined the phrase ‘mentality giants’ for his squad last season as they embraced the dual demands of competing for the Premier League and Champions League.

Their greatest show of fortitude, of course, came in the 4-0 comeback win over FC Barcelona at Anfield which booked their place in the European Cup final.

“Never give up” was the slogan on Mohamed Salah’s shirt that night as he watched from the sidelines.

“If you have it in your mind, anything is possible,” said Van Dijk. “We have plenty of quality players that can make a difference throughout the 90-plus minutes.

“We should believe at all times. That’s definitely something we try to put in our heads and keep in our heads. We have to keep doing that.”

Winning the European Cup for Liverpool grants all of the players involved a place in the club’s history, with the class of 2019 following in the footsteps of Reds legends when they defeated Tottenham Hotspur in Madrid.

But Van Dijk does not want to stop there.

“I’m a part of a bit of history already with winning the Champions League and hopefully we can just keep making history,” the Dutchman added.

“I just want to be remembered as a fantastic player who gave everything for the team and enjoyed every bit of it.”