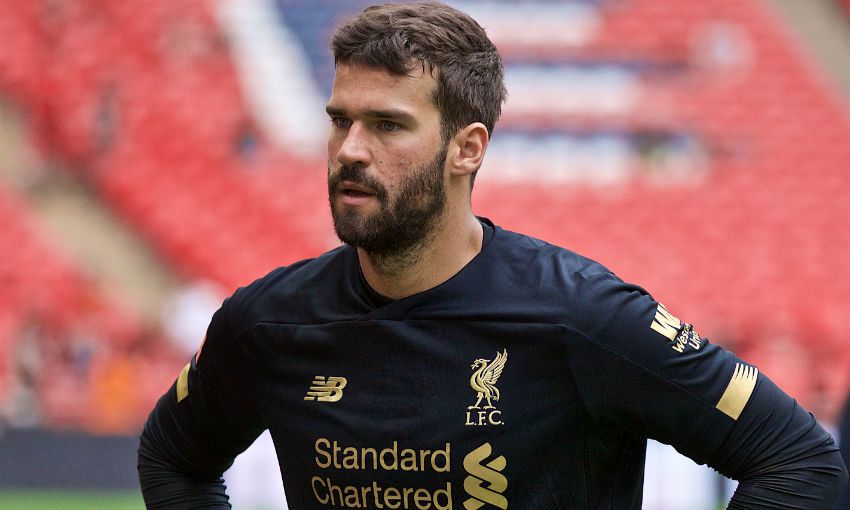 Jürgen Klopp has confirmed Alisson Becker has ‘made steps’ towards a return to full fitness, but still requires further time until he’s available again.

The goalkeeper sustained a calf injury during the first half of Liverpool’s Premier League opener against Norwich City at Anfield on August 9, with Adrian deputising between the posts in his absence.

Asked for an update on Alisson during his pre-Burnley press conference at Melwood on Friday afternoon, Klopp said: “He [has] made steps, of course, but it was a proper injury, so it will still take time.

“How it always is with professional sportsmen, when you have a muscle thing and it takes long, then it takes a while as well until you can bring the muscle to at least the same level it was before.

“A calf muscle is pretty important for jumping – and for a goalie, it is quite important that you can jump from time to time, so it will take time.

“But, thank God – and hopefully it stays like this – we have a fit Adrian in the back and now in charge, which is good. So far, I am really happy with everything I saw.

“He is a good guy, which is important as well, but most importantly of course he can catch balls and that’s good as well.

“The solution we found for it is really good, but of course it would be better if Ali was around but that will take still some time.”