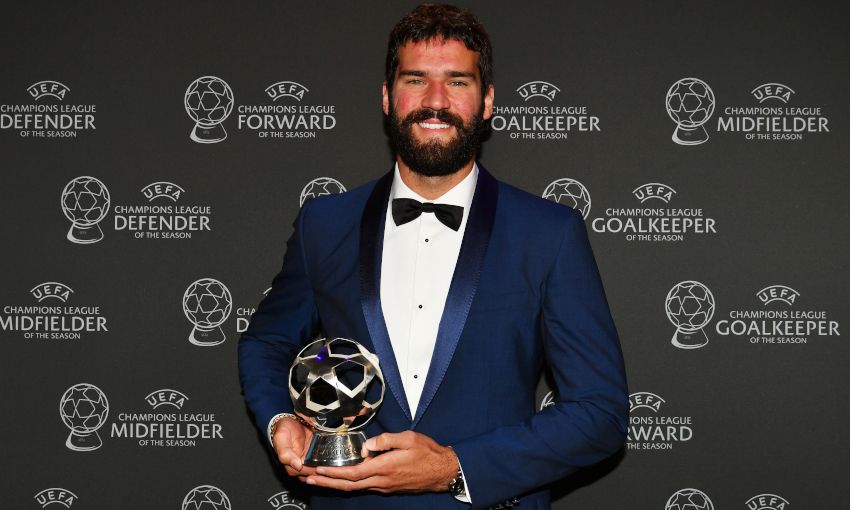 Alisson Becker's stunning displays that helped Liverpool lift the European Cup have seen him crowned UEFA Champions League Goalkeeper of the Season for 2018-19.

The Brazilian's first campaign with the Reds ended in triumph as he was part of the side that beat Tottenham Hotspur in the Madrid final back in June.

He played every minute of Liverpool's route to glory and recorded six clean sheets in the process.

Alisson pulled off a brilliant injury-time save against Napoli to secure a spot in the last 16 and then made a number of crucial interventions to thwart Tottenham in the final.

The 26-year-old pipped Hugo Lloris and Marc-Andre ter Stegen to the accolade, which he received during Thursday's draw for the 2019-20 group stages in Monaco.