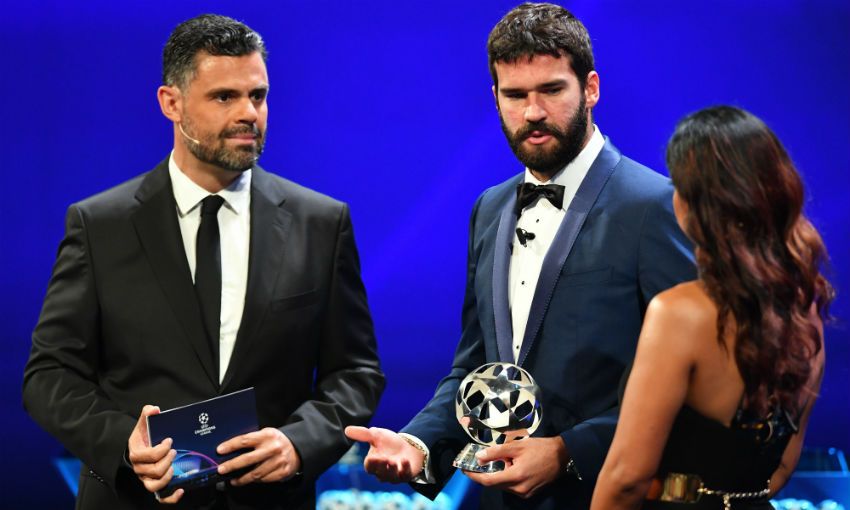 Alisson Becker paid tribute to his Liverpool teammates and the support network surrounding him after he received a prestigious individual honour on Thursday.

The Brazilian was named UEFA Champions League Goalkeeper of the Season for 2018-19 for his part in helping the Reds lift the European Cup for the sixth time.

The 26-year-old is now focusing on recovering from a calf injury as he targets building on his stellar debut campaign with Jürgen Klopp's side.

He told UEFA: "It was an amazing season with two titles individually, with the Champions League and with the Copa America with the national team. And then this award is very important to me.

"I just want to say thank you to my teammates and to the people who work with me – the goalkeeping coaches also from Liverpool. They helped me a lot this season to improve on my last season that I had at Roma.

"Now I’m just looking forward to coming back quickly to have another great season."

Alisson and Henderson up for Premier League Player of the Month