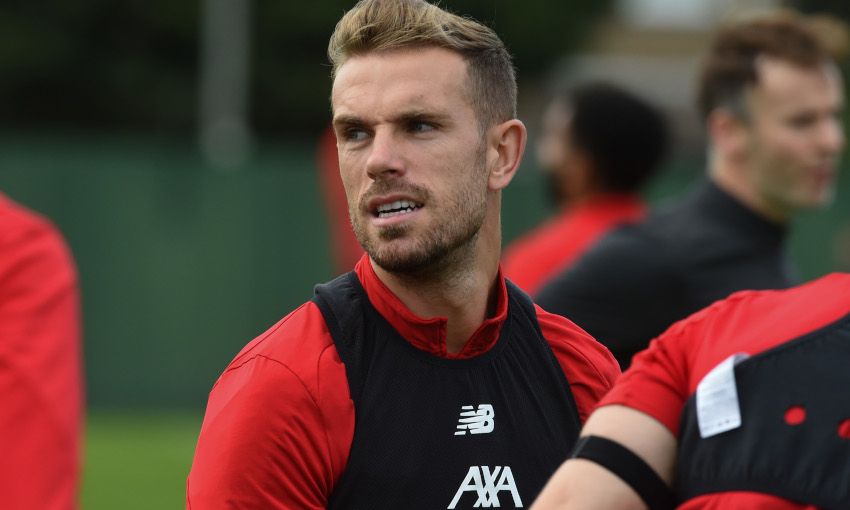 Jordan Henderson is anticipating another high-octane encounter between Liverpool and Arsenal this evening as the Premier League’s only remaining 100 per cent records go head to head.

Thirty-five goals have been traded between the sides in their last seven meetings – and the skipper is well aware the Reds will need to be at their ‘maximum’ if they’re to clinch three points tonight.

He wrote in his column in the official matchday programme: “It's fair to say some of the most exciting games I’ve been involved in since joining Liverpool have been against Arsenal.

“I’m not sure what it is about this fixture that brings out the best in both teams, but at the end of the 90 minutes you always feel like you’ve been part of a great contest. And it’s not always about games with a high scoreline either, even though there have been a few in the Premier League era. It’s more to do with the intensity of the game.

“The away match in London last season, that finished 1-1, was one of the most relentless I’ve witnessed.

“I wasn’t involved that day but I was watching it obviously and it was exhausting enough doing that.

“It’s hard for me to put my finger on why the games pan out as they do, but from our perspective the respect we have for them as a team and club couldn’t be any higher. They go into every game determined to play their way and impose themselves on the opposition. We know they’ll focus on their strengths and getting at us every chance they have.

“Also, every Arsenal side I have faced in my career so far – and I’m sure this one is no different – always has world-class players throughout. Players with the mindset to be positive at all times.

“When you face Arsenal you know that your own commitment and concentration has to be at its maximum for the entire game. If you drop even half-a-per-cent they will punish you.

“They’ve started the season strongly and we know nothing less than our absolute maximum will be required tonight if we’re to get the result we want.”

'It's about giving everything for each other' - Henderson on his form