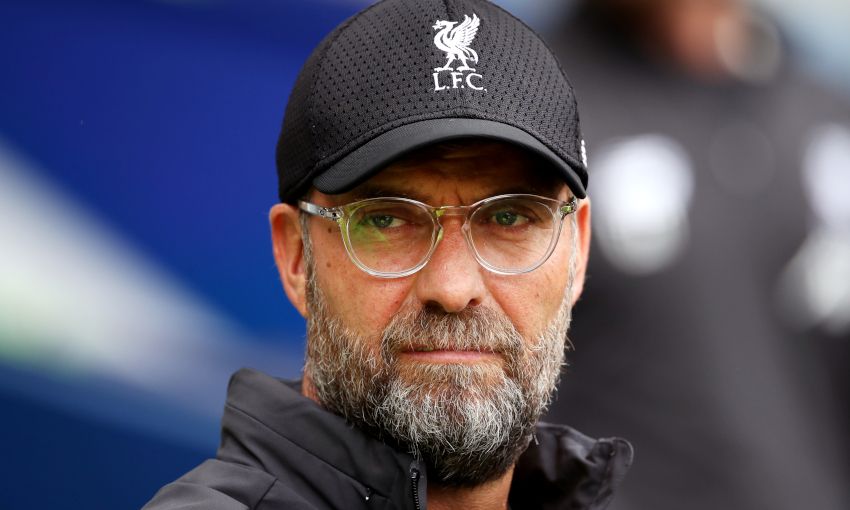 Liverpool’s early-season defensive record is of no concern to Jürgen Klopp, who has detailed how his side are working towards reaching the formidable levels attained last term.

The Reds kept 27 clean sheets across all competitions in 2018-19 but are yet to record a shutout in the current campaign, with their three fixtures so far resulting in the concession of four goals.

Ahead of Saturday’s Premier League trip to Southampton, Klopp was asked about this comparison and whether the number of attempts on goal opposing teams have had thus far in 2019-20 is a concern.

“It’s two things: I’m not sure how you felt after the game against Chelsea because the thing is they had a lot of finishes when they were offside and they don’t whistle them off when they don’t go in the goal, you get a goal-kick and not an offside situation.

“When we make the analysis of the game we see it was two or three yards offside, not only a little bit so that means it was good defending but they still have a finish which everybody counts.

“We know we have to improve, we know that we have to do a couple of things but a few things will just come because we are then longer together, in different situations and get used to it again. I said it before that football is unfortunately not like cycling, you can lose it a little bit and that’s how it is.

“We have to find back on our best path, if you want, and that’s what we try, but how I said, especially in the early stage of the season you always have to find a way to win the game. That’s all what you have to do.

“We played City, obviously one of the best teams if not the best team in the world. We played Chelsea, I think anybody who thought they cannot play football anymore learned it better now, they have an outstandingly good team. And we played Norwich, they had chances but that’s normal for the start of the season.

“We scored four and then we didn’t react exactly like you wish for but that’s normal as well, you need to get used to that, to control the game in a better way. That’s all normal.

“Analysis is important, criticism is sometimes important but it’s all about getting used to the situations again, working on the details and then everything will be fine.

“We didn’t get worse over the summer in defending - why should we? There’s no reason for that, it’s just that other teams have good players as well. We respect that and if everybody else respects that as well, everything is OK.”